Free Download – The Fetha Nagast – The Law of Kings 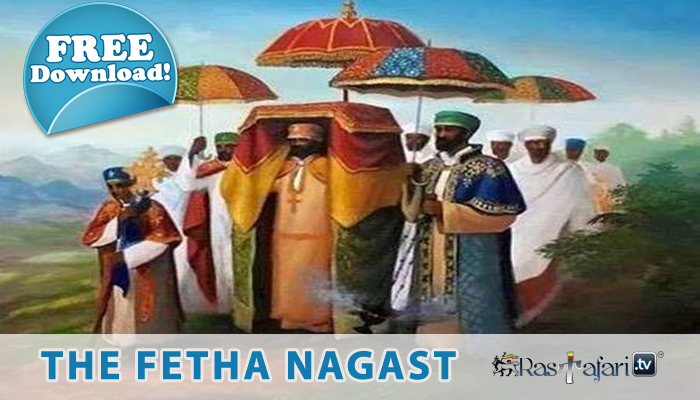 The Fetha Nagast (Ge’ez: ፍትሐ ነገሥት fətḥa nägäśt, “Law of the Kings”) is a legal code compiled around 1240 by the Coptic Egyptian Christian writer, ‘Abul Fada’il Ibn al-‘Assal, in Arabic that was later translated into Ge’ez in Ethiopia and expanded upon with numerous local laws. ‘Ibn al-Assal took his laws partly from apostolic writings, and partly from former law codes of the Byzantine rulers.

The first part of Fetha Nagast deals with mostly ecclesiastic affairs, outlining the structure of the Church hierarchy, sacraments, and such matters. It was compiled from the Bible, writings of early Church fathers including St. Basiland St. Hippolytus, and various canons adopted at the Council of Nicaea, the Council of Antioch, and others.

The second part, concerning issues pertaining to the laity, such as family law, debt, civil administration etc., also drew on these sources, but is attributed in large part to four books referred to as “The Canons of the Kings”. Various scholars have identified these books as:

‘Ibn ‘al-Assal’s work is thus heavily influenced by Roman law, the first three of these sources being themselves strongly influenced by Justinian’s and earlier law codes. It was originally titled Collection of Canons, but the Arabic version is more commonly known as The Nomocanon of Ibn al-‘Assal. It was intended to be used by the Coptic Christians of Egypt, who regarded it as authoritative.

There are a few historical records claiming that this law code was translated into Ge’ez and entered Ethiopia around 1450 in the reign of Zara Yaqob. Even so, its first recorded use in the function of a constitution (supreme law of the land) is with Sarsa Dengel beginning in 1563.

This Ge’ez edition, ascribed to Petros Abda Sayd, is a loose translation of Ibn al-‘Assal’s original, and even diverges significantly in a few places where Petros evidently had some difficulty with the Arabic. Scholars have stated that the first section (the Ecclesiastical law) was already in use in Ethiopia before this time as part of the Senodos, and that the title Fetha Negest, Laws of the Kings, referred to the second (lay) part, that was new to Ethiopia.

The Fetha Negest remained officially the supreme law in Ethiopia until 1931, when a modern-style Constitution was first granted by Emperor Haile Selassie I. A completely modernised penal code had already been introduced in 1930. Earlier, in 1921, shortly after becoming Regent, but before being crowned as Emperor, Haile Selassie I had directed that certain “cruel and unusual” punishments mandated in the Fetha, such as amputation of hands for conviction of theft, be made to cease entirely. Even though Ethiopia’s 1930 Penal Code replaced the criminal provisions of the Fetha Nagast, the latter document provided the starting point for the code, along with several European penal codes.

The Fetha Nagast has had a great influence on Ethiopia. It has been an educational resource for centuries and is still consulted in matters of law in the present era. In 1960, when the government enacted the civil code of Ethiopia, it cited the Fetha Nagast as an inspiration to the codification commission.