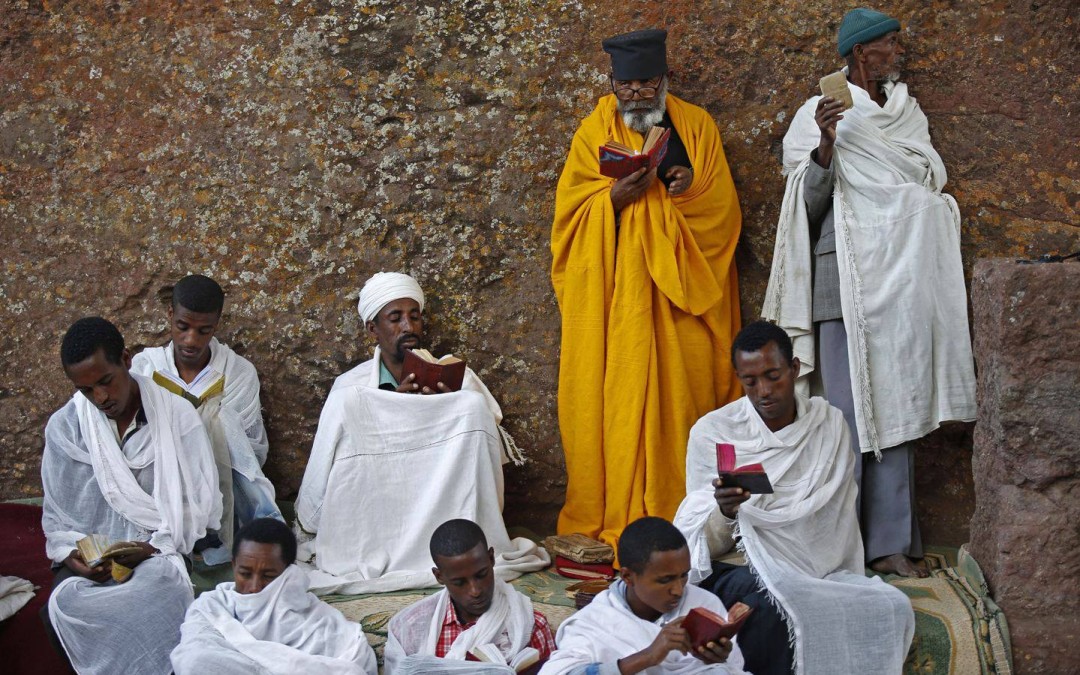 And on this day also is commemorated Saint John the evangelist, and his preaching in the country of Asia and to the Ephesians, and in all the cities, which are round about it, and his escape from the affliction of drowning in the sea, and from the evil men who worshipped idols. And he turned all the people from their infidelity, and brought them to the knowledge of God, and he delivered them from the error of Satan by his teaching and by the signs, which God wrought, by his hands. When he was old he wrote to them the Gospel of his preaching, and the Holy Spirit moved him until he wrote down what the three [other] evangelists had left out, for reasons, which they knew. And he spoke concerning the Being of the Son, and His Incarnation, and His miracles, which, as he saith in the Gospel, were innumerable. And then he went up into heaven and saw the hosts of heaven, and the ordering thereof, and he heard their praising [of God]. And this saint wrote a book, which he called Abukalamsis. Now the Egyptians have ordained this festival in commemoration of his preaching, and as with his preaching, so there took place on this day the consecration of the church in the city of Alexandria. Salutation to the translation of thy body to the city of Alexandria. Thou didst enter thy grave, O John, but didst hide thyself and disappear through the might of marvelous power, and only thine apparel was left [in it] as a memorial. Salutation to John, who became a pilgrim for righteousness’ sake, and did live with the poor in the outer courts of the houses.

On this day also are commemorated the bishops who were martyred, and Yemen who was the son of Joseph. [Omitted in the Bodleian MS.] Salutation to Newaya Krestos.