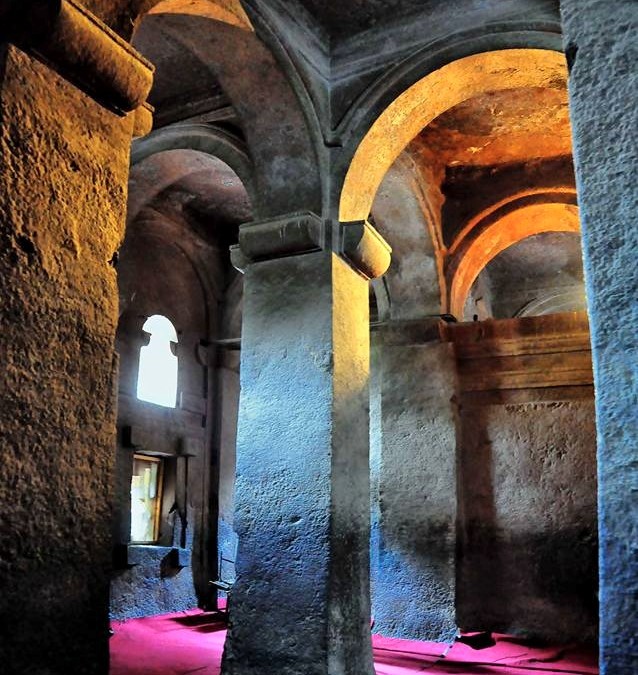 And on this day also died the holy father Abba Makabis (Maccabaeus), who fought the fight in the desert of Hur and pleased God.

And on this day also became a martyr Saint Abba Ignatius, Archbishop of the city of Rome; he succeeded Peter in the days of the Emperor Tarabeyanos.  When the emperor heard that this father was teaching all the people, and bringing them into the Faith of our Lord Jesus Christ, and that they were renouncing the worship of idols, he had Ignatius brought before him and he said unto him, “Sacrifice to the gods.”  And [though] he would neither obey him, now submit to him, he promised him many things, and was not angry with him; but Ignatius would not accept his promised gifts, and he was not afraid of his wrath.  And when there had been much speech between them, and Ignatius would not agree with the emperor in his infidelity, straightway the emperor gave him to the lions.  And Saint Ignatius gave commands to the people, and made them strong in the True Faith.  And one of the lions drew nigh to him, and seized him by the head, and the saint delivered up his soul into the hand of God; and after this the lion did not come near him at all.  And they carried away his body in great honor, and laid it in the good place, which God had prepared for it.  Salutation to Ignatius who inherited the throne of Peter.

Salutation to him that became a pilgrim.

Salutation to George the priest, whom the Virgin taught to pray.