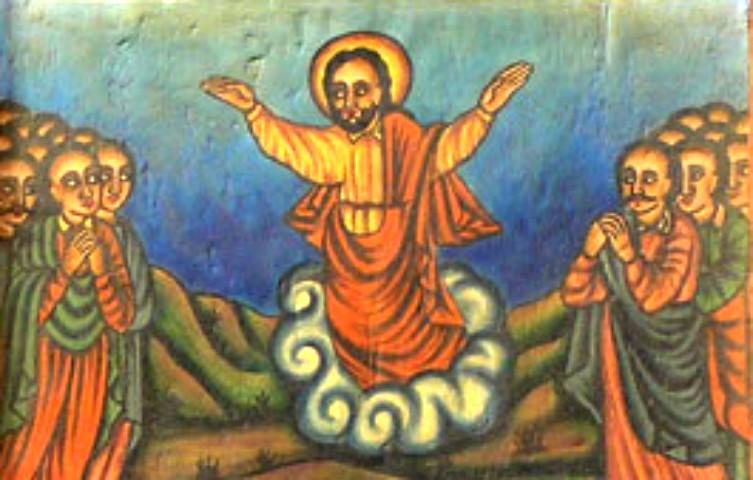 On this day the holy woman Anastasia became a martyr.  This woman was a fighter; she was a native of Rome and her parents were Christians.  They brought her up in all honor, and trained her in a manner befitting her noble rank, and they taught her everything, which was beneficial for her soul and body, and also the doctrine of the Church.  When she arrived at woman’s estate her parents wanted to give her in marriage, but she did not desire this thing, for from her youth up she had craved for the garb of the ascetic life; and she chose the spiritual fight which is the garb of the holy ascetic life.  And she entered one of the nunneries where virgins were received in the city of Rome, and she put on the nun’s garb, which is the garb of angels.  And she made her body to toil with the labor of constant prayer, and with strenuous contending, and with hunger, and with thirst, and with cutting out from her heart and soul every thought concerning this world. In those days she used to fast the whole of every second day throughout the whole year.  And during the great fast of the Forty Days she did not eat except on the first Sabbath (Saturday) and on the first day of the week (Sunday) after the mid-day prayer.  In those days her food was dry bread and salt, and during all the days of her life as a nun she never ate any food, which had been cooked by fire.  Now there was another nunnery of virgins near her nunnery, and the day of the festival in the nunnery approached.  On that day the abbess took certain virgins from the nunnery, and among them was this virgin Anastasia, and they went to celebrate the festival in the neighboring nunnery.  As they were going along the road this holy virgin saw some soldiers of the Emperor Decius, and with them were certain Christians whom they were dragging along.  And her heart became inflamed with spiritual love, and she cursed them, saying, “O men of sluggish hearts, and infidels, why do ye act thus towards those whom God hath created in His own form and image, and for whom He hath given Himself?”  Having said these words the soldiers were wroth with her, and they seized her, and brought her before the governor.  And the governor asked her, saying, “Is it true that thou art a Christian, and that thou worshippest Him that was crucified?”  And she confessed Christ before the governor and did not deny Him.  Then the governor tortured her with severe tortures; he heaped fire on her body, and then he hung her up head downwards, and had a fire lighted under her; but although she was suffering great torture she did not turn from her faith.  And after this the governor commanded his soldiers to cut off her head with the sword; and those who were there marveled at the fortitude of her soul.  And she prayed a long prayer, and she stretched out her head to the sword, and they cut off the head of Saint Anastasia, and she received a crown of martyrdom in the kingdom of the heavens.

And on this day also are commemorated Saint Haritan (Cheriton), and Susannah the virgin, and Mary the sister of Lazarus.

Glory be to God forever.  Amen.