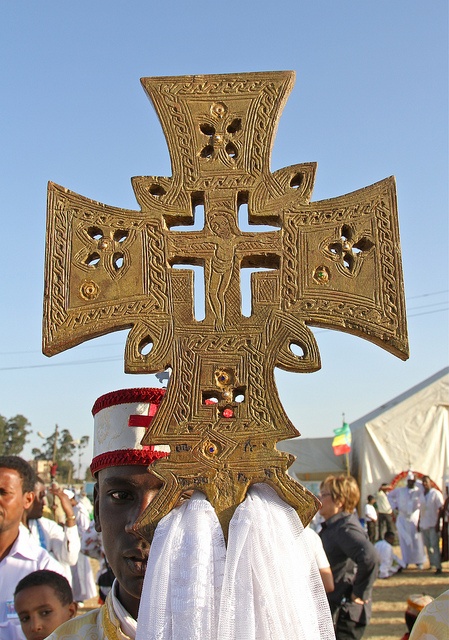 On this day Saints Epimachus and Azarianus became martyrs.  These men were from Rome, and certain men accused them before the governor who had been appointed by Maximianus of being believers in Christ.  When they had come before him he questioned them about their Faith, and they confessed that they were Christians, and then they abused the governor because he had forsaken the God Who created the heavens and the earth and all that therein is, and because he worshipped idols which were the work of men’s hands, and which could neither see nor hear, and wherein dwelt Satan and led men astray.  And the governor marveled at their audacity and commanded the soldiers to cut off their heads, and [the saints] received crowns of martyrdom in the kingdom of heaven.  Salutation to Epimachus and to Azarianus.

And on this day also James and John, Bishops of the country of Persia, became martyrs by the hand of Sapor, the son of Hermaz (Hormizd) the King of Persia.  The king ordered them to worship the sun and the moon and the fire, and to offer sacrifice to them, and when they would not obey his order, he commanded the soldiers to torture them severely, and they did so.  And whilst [the saints] were undergoing the torture, they were teaching the multitude, and strengthening them in the Faith of our Lord Jesus Christ.  When the king saw the boldness of their hearts, and their patience under the torture, and that they would not turn from their Faith, and would not cease from the teaching of the people, he commanded the soldiers to cast them into the fire, and they did so.  And having delivered up their souls into the hand of our Lord Jesus Christ they received crowns of martyrdom with all the saints.  Salutation to James and John, Bishops of the country of Persia.

And on this day also Saint Thomas, Bishop of the city of Damascus, became a martyr by the hand of an Arab king who was a Muslim.  When the Muslims were reigning in the country of Syria and in the country of Egypt, this holy man held a debate with one of their learned men, and he vanquished him, and forced him and compelled him [to admit] that our Lord Christ was God, the Creator of the heavens and the earth, and of all that therein is.  The Muslim having been worsted in argument went to the governor, his fellow-countryman, and made an accusation to him against Thomas, saying, “This Christian hath cursed our religion.”  And the governor had this holy man brought, and he asked him, saying, “Is it true that thou hast cursed our religion even as this man says of thee?”  And the holy man said unto him, “No curse hath ever gone forth from my mouth, but I have forced him [to admit] that Christ is God in truth, and that after the Law of Christ there cometh no other Law.”  And the governor was wroth with him, and he commanded the soldiers to cut off the head of the holy man with the sword; and they cut off his holy head, and he received the crown of martyrdom in the kingdom of the heavens.  Salutation to Thomas, the companion of Zachariah the teacher, Bishop of Damascus.

And on this day also is commemorated the great father Zachariah.

And on this day also are commemorated Abba ‘Abaydo (Abaidus) the perfect monk, who rejected the life of this world, and Abba John his disciple, and a company of martyrs, and Peter, Archbishop of Alexandria.  Salutation to ‘Abaydo (Abaidus) and to John.