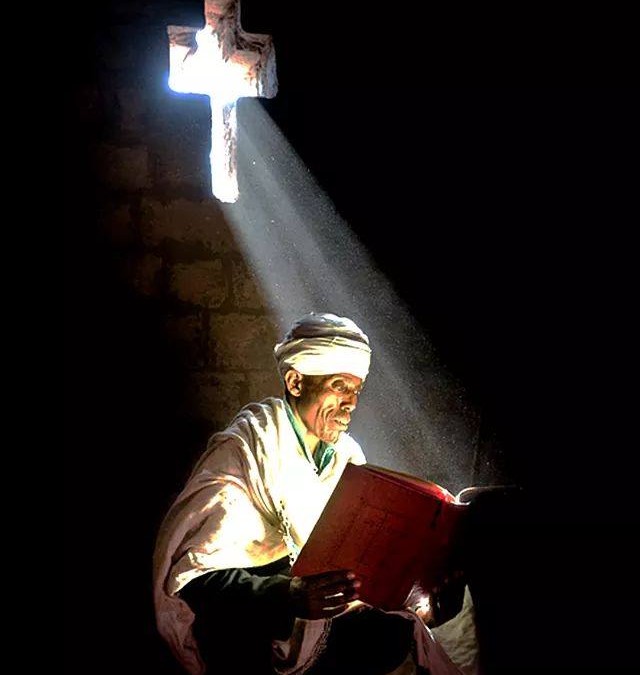 And on this day also our Lord and Redeemer Jesus Christ and His disciples were gathered together on Mount Kueskuam, and He consecrated His Tabernacle and Church, and performed the consecration of the Offering with His disciples on that day.  This was the first consecration [of the Offering] on Mount Kueskuam, according to what Saint Theophilus and Saint Cyril, Archbishop of the city of Alexandria, testify concerning this matter.  Salutation to those who have taken refuge at thy feet, O Mount Kueskuam, namely to Mary and her Child Christ.