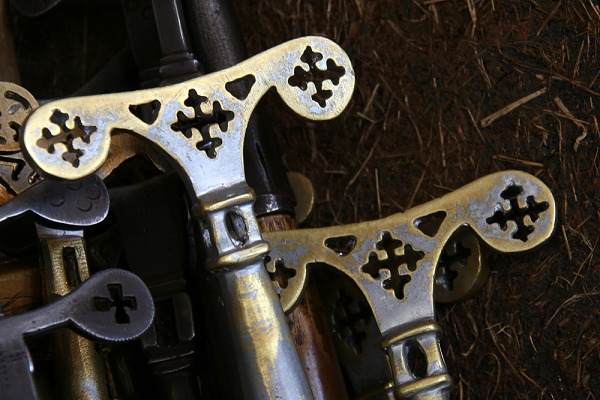 On this day is commemorated the translation of the body of the saint who is honored in all the ends of the world, John the Mouth of Gold (Chrysostom), Archbishop of the city of Constantinia (Constantinople).  Now Saint John excommunicated the Empress Eudoxia because of the property of a widow, which she had taken from her by violence.  And the empress made an excuse for herself, saying, “Kings have always been in the habit, if when they have been going about among estates they have seen any property which they wanted, of taking it, and giving the owner the value thereof, and I will give this widow the value of her estate”; now the widow did not wish to part with her estate.  For this reason Saint John excommunicated the Empress Eudoxia, and he forbade her to enter the church, because she had not obeyed his command and let the property of the widow alone.  And Satan came upon her, and she swelled with pride, and became furiously angry, and she gathered together to her the bishops whom Saint John had excommunicated because of their evil works and wicked faith.  And they conspired together against him, and the empress drove him into exile to the island of the mountains ‘Adrakes.  After a few years (days?) he returned to his office, and then the bishops gathered together and drove him into exile in the country of Armenia; and from there [he went] to a far city in the desert where he died.  When Theodosius the Less, the son of Arcadius, reigned, he sent messengers and had the body of Saint John the Mouth of Gold (Chrysostom) brought to the city of Constantinia with great honor, and much singing, and music, five and thirty years after he was exiled, and it arrived on the twenty-second day of the month Genbot (May-June), according to what is said in the second volume of the Coptic Synopsis, and on the twenty-second day of the month Yakatit (Feb-March), according to the Greek books.  And it is said that they laid the body in a coffer of afras stone, that is to say, marble, in the sanctuary, and great signs and wonders were made manifest through his body.  Salutation to the translation of thy body, O John the Mouth of Gold (Chrysostom).