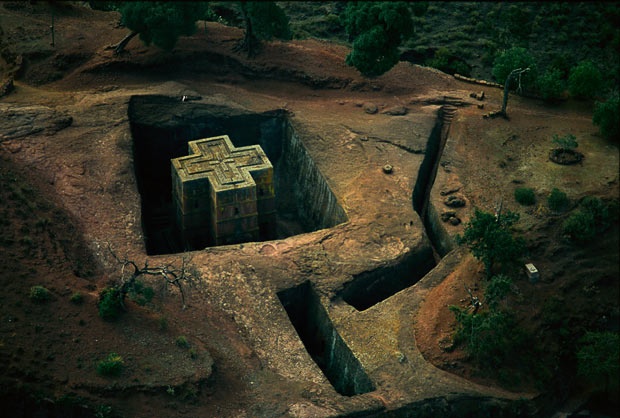 On this day Saint Barkosos (Praxius) became bishop of the city of Jerusalem. This good father was appointed in the days of Alexander Caesar, and he loved the Christians, and this holy father was perfect in all his works. And God having chosen him for the office of Bishop of Jerusalem, he pastured his people well and truly, like the Apostles. He had been sitting only a very few days when Alexander died, and after him reigned Maximianus Caesar, who afflicted the Christian people with grievous tribulation, and he slew very many of them, some being bishops. And some of them betook themselves to flight, and forsook their native lands. This father fled to the desert, and his people could not find him, and they set over themselves a bishop whose name was Dios. Then Dios died, and they set over themselves another bishop whose name was Agradinus. And when the days of persecution had passed by, this Abba Barkisos (Praxius) sat on his Episcopal throne. And he became weak and feeble, and he aged very much, and he asked his congregation to appoint themselves another bishop, but they refused. Now in those days there was a certain man whose name was Iskander (Alexander), Bishop of the city of Cappadocia, and he came to pray in Jerusalem, and to return to his native country; and having finished his work and completed the days [of his visit] he wished to return to his native country. And behold, a voice was heard in the church on the day of the Resurrection of our Lord, saying, “Get ye out to a certain gate of the city of Jerusalem, and the first man who cometh out there from, him seize and seat on the throne with Barkisos (Praxius) to assist him in his Episcopal work.” And when the congregation had gone forth, and had arrived at the gate, they found Iskander (Alexander), and they seized him against his will, and seated him on the Episcopal throne with Abba Barkisos (Praxius), to assist him; and he sat with him until he died. And all the days of the episcopate of this Abba Barkisos (Praxius) were thirty-six years, and all the days of his life were one hundred and sixteen years. And he was wellpleasing unto God, and he died in peace.

And on this day also is commemorated the holy martyr Iskander (Alexander). This holy man was from the city of Rome, and Maximianus tortured him very severely, because he would not be subject unto him, and would not offer up sacrifice to his idols.He hung him up by his hands, and tied a very large and heavy stone to his feet, and he beat him cruelly, and he made holes in his temples, and placed lighted torches in them. And when, even under these tortures, Iskander (Alexander) refused to submit to his authority, Maximianus ordered his men to cut off his head; and they cut it off with a sword. And he received the crow of martyrdom in the kingdom of heaven.