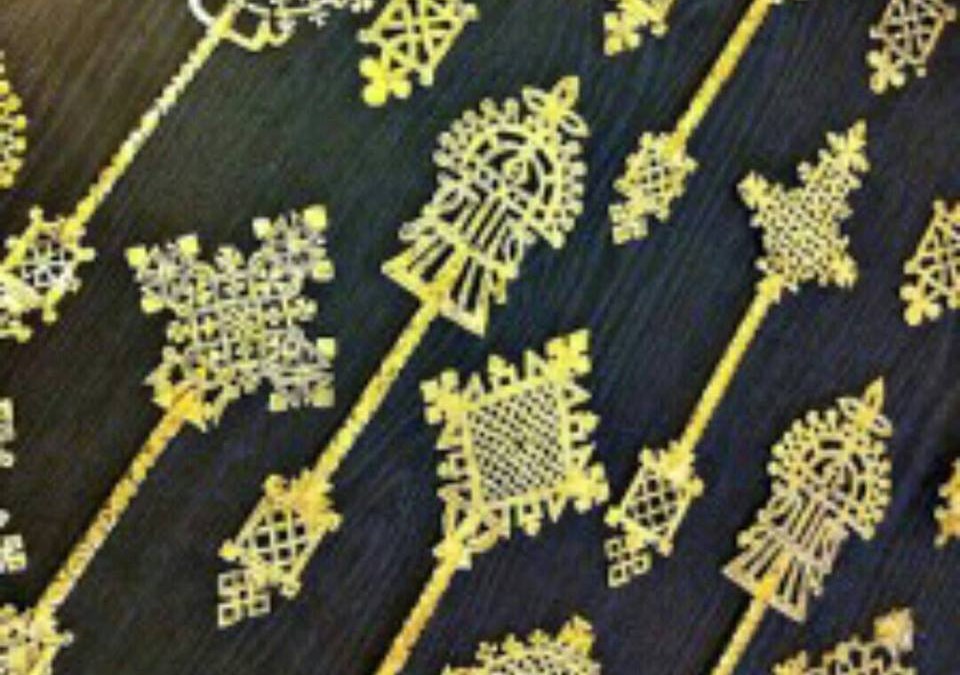 On this day the General Council assembled in Daset, of the children of ‘Omar, because of certain wicked men who were called “Friends of the Jews,” and who used to keep the glorious Paschal feast with the Jews, on the fourteenth day of the month of Nesan, that is to say the month of Miyazya, when it fell on the second, or third, or fourth, or fifth, or the Eve of the Sabbath, or on the first, the Sabbath, each one of whom the bishop of Daset had banned, but they would not return [to the true use]. And he sent letters to Democratius, Archbishop of Rome, and to Serapion, Archbishop of the city of Antioch, and Demetrius, Archbishop of the city of Alexandria, and to Symmachus, Archbishop of Jerusalem, and told them of the error of these men. And the four archbishops sent to each of them a letter, saying, “Do not keep the glorious Paschal feast on any day except the First Day of the week, and only after the festival of the Jews.” And they excommunicated everyone who transgressed this command, expelling him or cutting him off from communion. And eighteen bishops assembled at this Council, and they brought the evildoers before them, and read to them the letters of the archbishops. Some of them turned from their evil counsel, and some of them remained in their error; these last were anathematized, and excommunicated, and expelled. And it was ordered that the glorious Paschal feast should be kept according to the instructions of the holy Apostles who said, “This day of the Paschal feast shall be the First Day of the week, the day of the Resurrection of our Lord.” He who will be a partaker with the Jews in their festival let him separate himself from the Christians. And may God keep them from the error of Satan, and deliver them from his snares, and from his wiles, through the prayers of those who have pleased God by their works, our King John, and our Queen Sabla Wangel, forever.