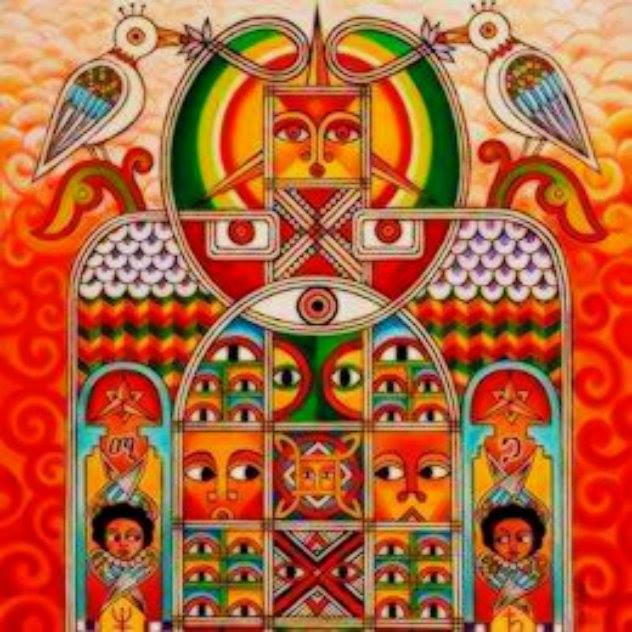 And on this day also died the Emperor Theodosius.

And on this day also Saint Theodotus became a martyr.  This holy man came from the district of Galatia.  And he grew up in the fear of God, and practiced asceticism, and information was laid against him before the governor, and men reported to him that Theodotus was a Christian; and the governor commanded them to bring him bound before him.  And when Theodotus heard [about this order], he came to the governor without making it necessary for them to seize him, and he uttered imprecations upon the governor and upon his idols; and the governor swore, and showed him [his] instruments of torture, and [tried to] force him to offer up sacrifice to the gods.  And when the governor saw the firmness of his courage, he ordered his soldiers to crucify him, and to scrape the sides of his body until the organs, which were therein, became visible; and as he did not die they took him into the prison house.  And they brought him out again, and hung him upon a cross, and they made new wounds in him, and scraped his sides, but the holy man accounted the tortures of the governor as nothing, because his heart was transfixed by the love of God, and his eyes saw the things which were in the heavens above.  And when the governor saw the nature of his heart, he ordered his soldiers to cut off the head of the holy man with the sword.  And when Saint Theodotus heard of the crowning of his martyrdom, he went forth rejoicing.  And he prayed to God, and made petition and entreaty unto Him, saying, “I thank Thee, O my Lord Jesus Christ, for delivering me from all the evil, which hath followed me, and for casting down into Gahanam those who have risen up against me, and for raising me up from the gates of death.”  And when Saint Theodotus had knelt down, the executioner brought a bandage to cover his eyes, but Saint Theodotus said, “A bandage of this kind is for those who fear death, but I, through the Name of my Lord Jesus Christ, do not fear death.”  And the executioner drew his sword and cut off his head.