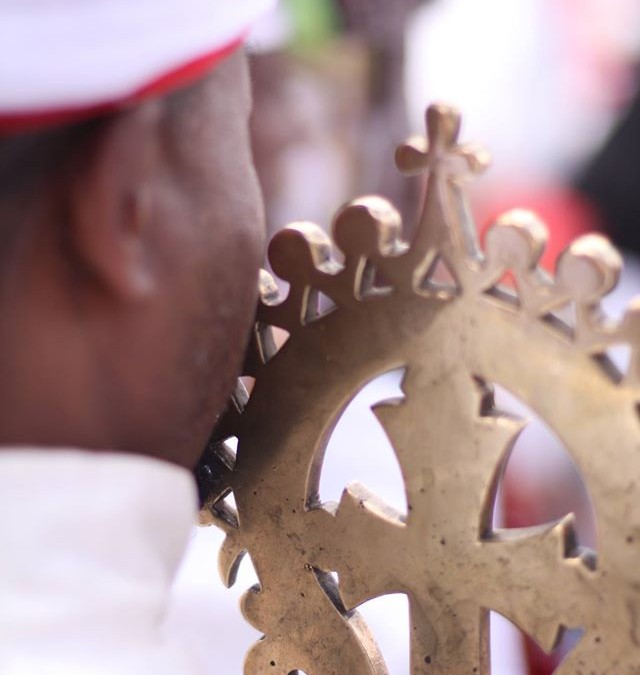 On this day became martyrs Andrianus and his wife, and Eusebius and ‘Arma, and forty martyrs who suffered very severe tortures in the Name of our Lord Jesus Christ, to Whom be praise ! and who refused to worship idols of gold and silver. They said, “We worship the God of heaven and of earth, our Lord Jesus Christ.” Afterwards they cut off their heads with the sword, and they received the crown of martyrdom in the kingdom of heaven.

And on this day are commemorated the twenty hundred martyrs who [suffered] with Abba Nob.

And on this day also died the holy father and ascetic Kueten (Cythinus). This holy man came from a district the name of which was Bantanyos, in the country of Syria. His parents worshipped the stars; his father’s name was Nestor and his mother’s name was Theodora, and he was [born] in the days when the Apostles were preaching in the Name of our Lord Jesus Christ. When this holy man arrived at man’s estate, there appeared in him many virtues, purity, righteousness, and gentleness (or, humility), and he was exceedingly compassionate; and he was skilled in every branch of learning. His parents wished to make him marry a wife, but he did not desire to do so. And they settled him in a house and married him to a wife against his will, but he refused to consort with her, not because of the law of righteousness, and not because of weakness of body, but because he hated the lust of the flesh; and he dwelt with his wife many days but preserved his virginity. And he multiplied his prayers, and he petitioned God therein, and made many supplications, saying, “O God, have mercy upon me in Thy knowledge.” And the angel of the Lord appeared unto him as he did unto Cornelius, and he taught him the Faith of our Lord Jesus Christ, and he commanded him to go to one of the apostles, and to be baptized by him. And he went and was baptized with Christian baptism, and he learned all the Law of the Christian Faith, and he received the Divine Mystery. He heard continually the teaching of the holy Apostle Paul, and he acquired from him purity, and the working of righteousness, and devotion to God’s service, and humility, and the habit of praying continually, and fasting, and prostration, and vigil; and God gave him the power to work signs and wonders, and he had dominion over Satans. And he persuaded his parents, and gave them instruction, and brought them into the Faith of our Lord Jesus Christ, and also his wife, and her parents and kinsfolk. When one of the unbelievers came into the house of idols to offer sacrifice to Satan, Kueten (Cythinus), the holy man, knew him, and he cried out against Satan, and he rebuked him, and commanded him to confess before the people, and to tell them who he was. And when the holy man forced him, that devil confessed before the people that he was Satan, and was not a god. And all the people who were there cried out, saying, “One is the God of Saint Kueten (Cythinus),” and they believed and were baptized with Christian baptism. And when the governor, who had been appointed by Claudius Caesar, heard the report of this holy man, he sent and had him brought before him, and the holy man confessed our Lord Jesus Christ before him. And the governor commanded his soldiers to bind him, and to beat him very severely, and they did so. When the man of the city heard that the soldiers were torturing Saint Kueten (Cythinus), they ran, and they all came to him, and wanted to kill the governor, because of their love for Saint Kueten (Cythinus). And the governor fled from them, and they released the holy man from his fetters, and they washed the blood off him, and carried him to his house. And he lived for many years, and pleased God Whom he loved exceedingly, and he died in peace. After his death the believers dedicated a church to his name, and they carried his holy body into it, and God exhibited many signs and wonders through it.