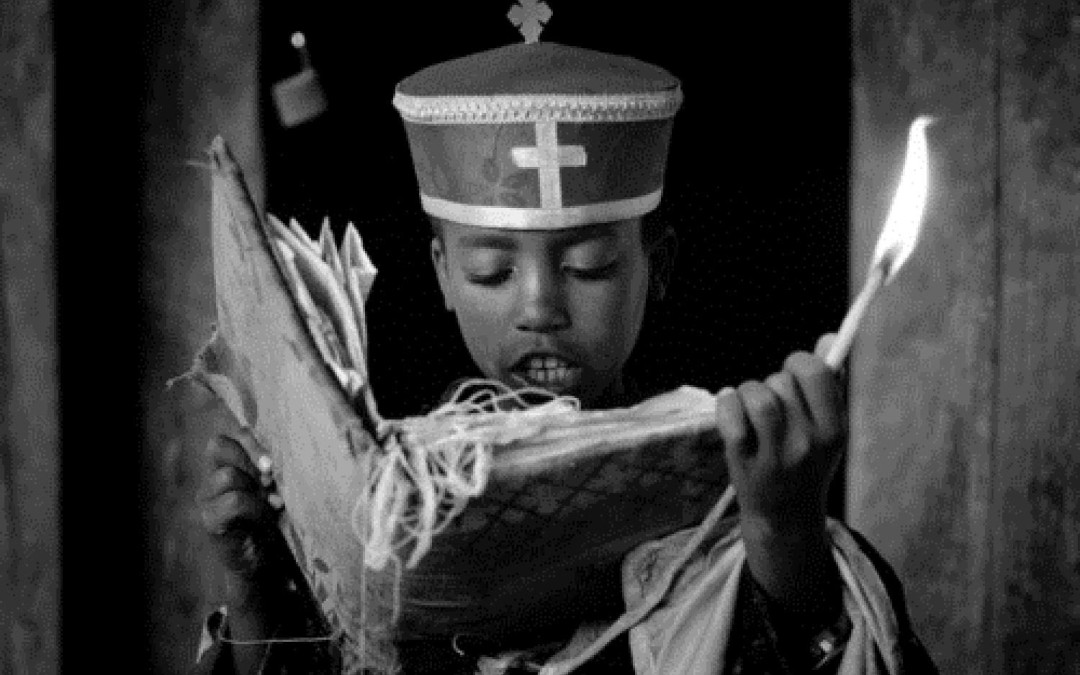 On this day forty soldiers, who were holy men, became martyrs in the city of Sebastia. These holy men became martyrs in the days of Alfayanos (Elianus) the king, who was one of the governors of the Emperor Constantine. The emperor appointed him governor over one of the countries [tributary] to Rom, and he commanded him to protect the Christians, and to treat them with respect, and to love them. When Alfayanos (Elianus) came to that country the people found that he worshipped idols, and he commanded all the people to worship idols; but they rose up and cursed him and his idols. And that night forty soldiers made an agreement among themselves to go to that governor, and to receive the crown of martyrdom at his hands. When they were sleeping the angel of the Lord appeared unto them in a vision and gave strength and fortitude to their souls. In the morning they rose up and confessed their faith in our Lord Jesus Christ before their commander Agricolaus, and he was wroth with them and threatened them, and they were afraid of him. And he commanded his men to stone them, but the stones came back upon those who stoned them. And there was near them a lake of water which was covered with ice, and near this was a bath. And the governor commanded his men to throw them into this lake of ice, and they threw them in, and their limbs were split open by the excessive cold. And one of them was afraid of it, and he went forth from the lake and entered the bath house, but he died quickly, and lost his reward, and did not find what he wished for. And one of the warders saw forty crowns descend from heaven and of them nine and thirty rested on the head of the nine and thirty holy martyrs; and one crown remained suspended in the hand of the angel. Then straightway one of the soldiers who were stationed there rose up, and he stripped off his apparel, and went down into the lake with the holy men, and he died and received the crown which was suspended [in the hand of] the angel. And the holy men remained in the lake, and some of them were young, and their handmaidens were encouraging them and urging them to suffer patiently. And the holy men remained in the lake for a very long time, but they did not die; and they did not wish to break their legs in order that they might not die quickly. And God received their souls, and the soldiers were not able to break their legs. After this the governor commanded his men to burn their bodies with fire, and to carry them away on wagons, and cast them into the sea. As they were carrying them away upon wagons, they found that one of them, a young man, was not dead, and they did not put him on a wagon. And his mother took him, and tried to throw him on the wagon with the holy martyrs, but the warders stopped her, because he was alive, and he died on her bosom, and she cast him on to the wagon, with the holy men, and they took him out to the city of Sebastia; and they cast them into the fire, and burnt them, and then they threw them into the river. On the third day those holy martyrs appeared unto the bishop of the city of Sebastia, and they said unto him, “Go to the river and there thou wilt find our bodies; carry them away. Go there with the priests, and deacons, and the people, and bring back our bodies, and bury them in a beautiful tomb.” And the bishop, and the priests who were with him, set out by night, and they went to the river, and they found the bodies of the holy martyrs gathered together in one place like bright stars, and there was no portion of their bodies destroyed; and they took them and laid them in a beautiful shrine. And the history of these martyrs was heard in the ends of the earth, and the people celebrated their commemoration, and built churches in their honor in all the ends of the earth, and very many signs and wonders took place through them.

And on this day also Orthodox folk celebrated the festival of the commemoration of the persecution of Abba Macarius the Great, and of Macarius the Alexandrian.