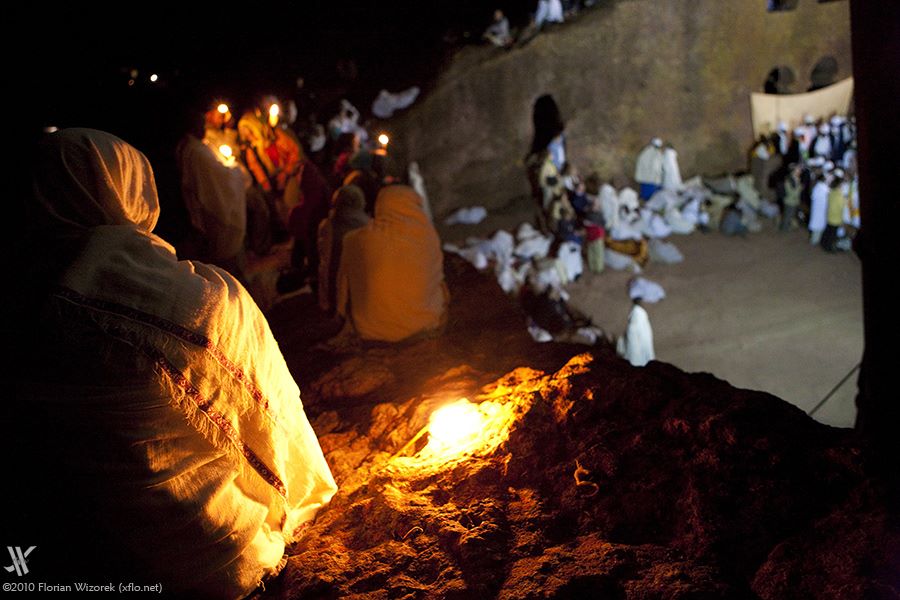 On this day Saint Sophia and her two daughters whose names were ‘Aksosya and Barnaba became martyrs; now this woman was a pagan and her parents worshipped idols.  After this she came to the Bishop of Manufe (i.e. Manuf Al-’Alia, or Panouf Res, capital of the province of Manufiayyah) and believed in Christ, and said unto him, “I have believed in thy God.”  And after this he taught her all the Law of the Church, and he baptized her and her daughters in the Name of the Father and the Son and the Holy Ghost.  Thereupon they laid an accusation against her before Kaldeyanos (Claudianus), the governor of the city,  saying that she had become a Christian and had forsaken the worship of idols.  And the governor questioned her closely and she did not deny it, and he condemned her and her daughters to be punished severely.  And she exhorted them to be patient and said unto them, “Be strong, my daughters, and endure like the daughters of Sophia, my lady ‘Angabenayt.  I am her kinswoman and ye are as her daughters Pistis, ‘Alapis and ‘Agapis.”  And they answered and said unto her, “Fear thou not, we will follow thy steps”; and when they had said these things she kissed them devotedly.  And when the governor saw them embracing her, he ordered his men to scourge the mother with whips in order to terrify the virgins.  Then her daughters saw an angel of God come down and hide the body of the holy woman, for the wicked men had striped her naked to beat her, and they rejoiced and were glad.  And whilst the men were beating their mother she never ceased to cry out, “I am a Christian.”  Then the governor commanded them to cut out her tongue down to the root, and they did so, and even after this she ceased not to cry out and to shout at him.  After this the governor commanded them to take her into the prison, and he sent his wife unto her to persuade her; and when she would not be persuaded he commanded them to cut off her head with a sword, and they did so.  And a certain woman took her body and hid it in her house, and she lighted a lamp before it and burnt incense to it.  Then the governor summoned her daughters, and threatened them so that they might consent to obey him, but when they refused him he cut off their heads one after the other; and thus they consummated their martyrdom.  And that believing woman took their bodies and laid them side-by-side by the body of their mother.  And many signs appeared at their graves.  And people with every kind of sickness were healed there.  When Constantine was reigning he heard the history of Saint Sophia and he took up her body and translated it to Constantinople.  Before [he heard] her history his people built a church, and wrote upon a tablet, “This is the house of Constantine”; and an angel of God came down and destroyed it.  And he wrote, “This is the house of Sophia”, and although the workmen wanted to cut it they left it written.  One day whilst the son of the king was playing with his friends there, the angel of God whose name was Rafael appeared unto them and said unto them, “What is the name of this house?”  And the youth said, “I do not know.”  And the angel said unto him, “Tell thy father to call it the house of Sophia.”  And the youth said unto him, “Wilt thou wait here until I come back?”  And the angel said, “I will.”  And when his father heard this he knew that it was an angel, and he killed his son, and said, “The angel will not depart from that place because he must waif for the youth.”  And that angel is there to this day waiting for the youth.  The length of that church is 709 cubits, its breadth is 309 cubits, its pillars are in number 366, its doors are 4, its altars are 8, its pools of water are 4, and the cherubim which are above the mercy seat have each two wings which overshadow the ark of the Law of God.  And they brought here the coffer of Saint Sophia, and the coffers of her daughters with great honor and glory.  And they buried that woman who had gathered together their bodies with them.  May the prayer of these holy women be with us.  Amen.

And on this day also Saint Mamas became a martyr.  His father was called Theodotus and his mother was called Theophila.  This man lived in the days of the reign of Yolyanos (Julian) the emperor, and his position was that of governor of the city of ‘Awlatos.  The parents of this holy man were Christians, and because of their belief in Christ he had shut them up in prison, and the mother of this holy man gave birth to him in prison.  After his father and his mother had died in prison, a certain Christian woman took the blessed child and brought him up as her own son, and she called his name “Mamas,” the interpretation of which is “orphan,” for he had neither father nor mother.  And when he was fifteen years old the people brought an accusation against him before the governor saying that he was a Christian.  And they took him and beat him with rods, and they hung him up head downwards with a heavy lump of lead tied to him, and they cast him into the sea, but he was saved from the sea by the might of God.  And he hid himself under a cave and he fed himself on the milk of the gamus, (i.e. buffalo), those great black animals of the desert.  Then the governor seized him again and cast him into the fire, but he was saved from the fire by the power of God.  After this, the governor’s men let loose lions upon him so that they might rend him asunder, but by the power of God he leaped upon the back of a lion.  Then the governor tortured him, and his men dragged him on the ground, and tore out his intestines with a three-pronged iron fork.  By this torture the blessed Mamas consummated his martyrdom, and received a crown of martyrdom in the kingdom of the heavens.  May his prayer and blessing be with us.  Amen.