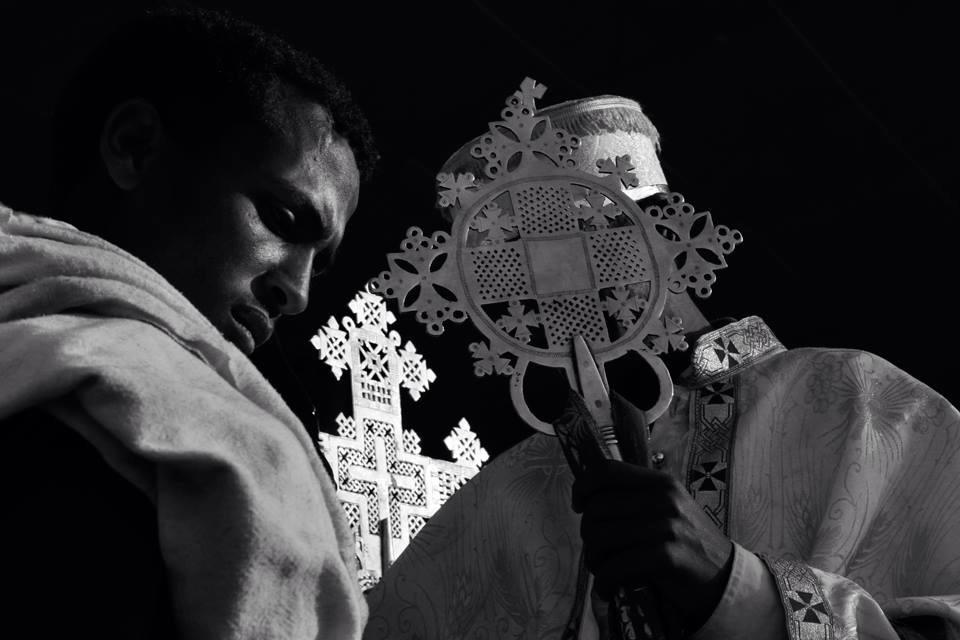 On this day the righteous Saints Eunabius and Andreas became martyrs.  These holy men were sons of elders of the city of Zalda, and from their youth up they were friends in good counsel, and they went and became monks in one of the monasteries of a city in Syria.  Afterwards they went to the holy and honorable Abba Macarius and they became his disciples, and they dwelt with him, and were in submission to him, and they followed his counsel, and they continued to devote themselves to a life of prayer for three years, and they fasted and prayed by day and by night continually, in love and humility.  And the report of their fair strife and of their strenuous ascetic labors was heard [everywhere], and the people chose Eunabius and made him a bishop, and Andreas they made a priest, and they protected the flock of Christ well and carefully.  And they fought a great fight, and they afflicted their souls and bodies with toil and tribulation, and they continued to do so for some years.  And Julian, the infidel emperor, heard the report of them, and he sent messengers and had them brought to him, and he commanded them to deny Christ, and to enter the foul and wicked faith, that is to say, the worship of idols; and they would not obey his command, and they cursed him and they cursed his filthy idols.  And Julian was wroth with them, and he tortured them severely and broke their bodies up each into several pieces; and they yielded up their souls into the hand of God, and they received their crowns of martyrdom in the kingdom of the heavens, as a reward for their monastic life, and for their fair worship, and for their strenuous fighting and their stern asceticism, and for the shedding of their blood, and for their faith in our Lord Jesus Christ.

And on this day also Eustathius and his son and his wife became martyrs.

Salutation to Eustathius who saw our Lord Jesus Christ between the horns of a stag.

And on this day also are commemorated Thecla the virgin, the bride of Christ, and forty-four martyrs, and the admirable Gregory [the Thaumaturge], and ‘Ensina, and Belina, and Abba Selama the lamp of the world.