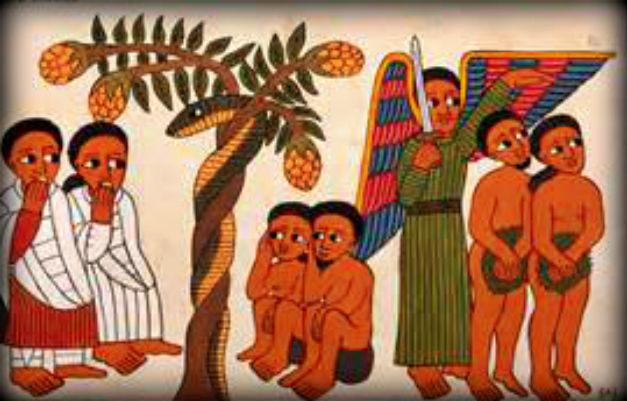 And on this day our Lord Jesus Christ appeared to Thomas, the apostle, on the eighth day after His resurrection. And Thomas saw the marks of the nails which were in His hands and feet, and he took his hands and laid them in His Divine side, where the spear had pierced it, and he said, “My Lord and my God.” And our Lord said unto him, “Thou hast believed on Me, because thou hast seen Me; blessed is he who shall believe on Me without seeing Me.” In a commentary on the Gospel it saith that when Thomas the apostle laid his hand in our Lord’s side, his hand was burnt with divine fire; and that when he believed in His Godhead his hand was healed of the burn. Glory be to God, and let us beseech Him to have mercy upon us through the prayers of all His holy apostles and righteous ones, forever and ever. Amen. Salutation to the chamber wherein Christ showed His pierced side, and the hand of Thomas was burnt.

And on this day were born Noah and David, the king, the father of Solomon.
Glory be to God Who is glorified in His Saints. Amen.