Miyazia 24 (May 02) |THE ETHIOPIAN SYNAXARIUM 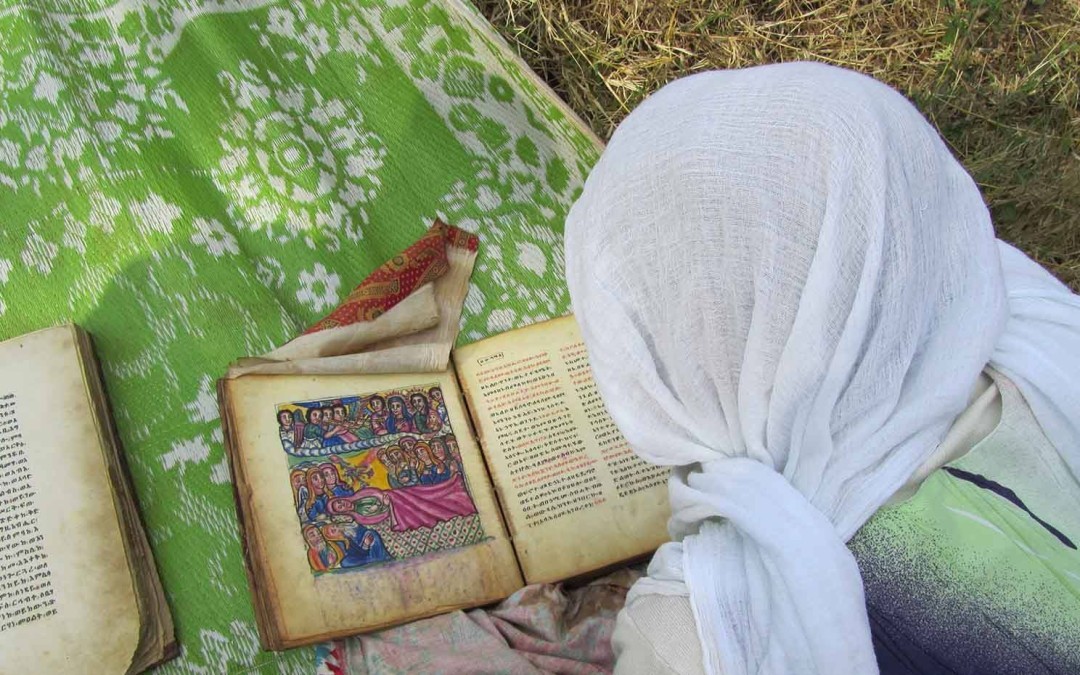 On this day Saint Sana, the companion of Saint Isidore, whose history is told in the section for the eighteenth day of the month of Megabit, became a martyr. After this holy man had been tortured with his companion, Isidore [died] and received the crown of martyrdom; and this holy man Sana remained in the prison house. And he who was governor of the city of Farma at that time was abolished, and another governor was appointed to succeed him; and the infidel emperor commanded that governor not to leave [alive] anyone who mentioned the Name of our Lord Jesus Christ. And they told him about the fight of this holy man Sana, and informed him that he was a captain of soldiers, and told him that he had been tortured severely, and would not turn from his counsel. And the governor commanded his soldiers to cut off his holy head, [and they did so,] and he received the crown of life. And his mother saw angels of light taking his soul, and carrying it up to heaven, and she said she had seen this when Isidore was martyred. Then they took the body of Saint Sana, and swathed it for burial, and laid it with the body of Saint Isidore, his friend; and their bodies remain in the city of Samnud, and the people thereof keep a great feast in their honor. And many signs and wonders appear through them to those who go to them in faith. Salutation to Sana and Isidore.

And on this day also died the holy father Abba Sanutya (Shenuti), the fifty-fifth Archbishop of the city of Alexandria. This holy and spiritual father was a monk from his early years in the church of Saint Macarius, in the desert of Scete, and he advanced in good works as he became older, and his excellences increased, and he devoted himself to the ascetic life, and fought a good fight. And he was appointed abbot in the house of Saint Abba Macarius, and the bishops and all the people chose him, and appointed him Archbishop of the city of Alexandria. And great tribulation and very much sorrow came upon him during all the days of his office, and the Muslim kings afflicted him, and they seized him and bound him in fetters; and they demanded money from him, but he had nothing whatsoever to give them. And God performed through him many signs and wonders and he healed many sick folk of grievous sicknesses, and he cast out Satans from men. And through his prayer God sent down very much rain upon the men of the country of Mareotis, who remained in a state of severe famine for ten years through want of rain; for the wells in the country had dried up and the streams and they well-nigh died of thirst.When this father came to them to celebrate a festival in the church of Saint Abba Minas, the martyr, all the men of the city gathered together to him and told him how much they were suffering through want of water, and he comforted them and encouraged them to be patient. When this father had ended the Liturgy he entreated God to have mercy upon His creation, and to teach them. When the time of sunset arrived the rain began to fall in large drops, and then ceased. And this father said, “O my Lord Jesus Christ, to Whom belongeth glory, O Master, if Thou wishest to teach Thy people, and to show compassion unto them with the riches of Thy compassion, and the abundance of Thy mercies, let them be filled and satisfied with Thy mercy, and with Thy blessing, in Thy good pleasure.” Having said this he went into his bed-chamber to pray the prayer for sleep, and then he asked God to remember His people, and to show mercy upon them. And when he finished his prayer, there came mighty thunders and lightning, and the rain descended like a flood, and filled all the holes in the ground, and the gardens, and the wells and the grounds round about
them. He remained three years in that land and was there during three years of famine. On another occasion the Arabs of Upper Egypt assembled, and came to the desert of Scete, and they surrounded the monasteries, and wished to kill all the monks who dwelt in them, and to plunder the monasteries. And this holy father took his own cross, and went out against them, and when they saw the cross in his hand, they turned backwards and did no harm whatsoever. And this father expelled all infidelity from his country by his learning, and also from his flock. Now at that time there were men who said that He Who suffered for us was only a man and not God. And this father wrote a letter and sent it during the days of the Great holy Fast (i.e. Lent) to all cities, and in it he spoke thus: “God the Word suffered for us in His Body, and His Divine Nature was not separated from His human nature, not for an hour, nay, not for the twinkling of an eye. These two Natures were one from the beginning, and they were not separated in any way whatsoever by any operation; and at the time of His Passion and Death they were not separated.” When this letter was read in all the cities, all the Christians therein rejoiced with a great joy. And there alsoappeared certain accursed men who said, now their tongues ought to be cut out! that His Divine Nature died; these were the men of the city of Balyana, and their bishops. When this father heard the report of them he was very sad, and he wrote other letters wherein he said, “The Nature of God, the Word, is unknowable, and intangible, and impassable, and suffering can only enter the human nature which God the Word took and made one with His Godhead, without separation, and without mingling, and without change.” And he also said therein, “We do not separate God the Word from our flesh which suffered, but we believe that He was One at the time of His Passion, and likewise we also believe that His Godhead neither suffered nor died, but that He suffered, and died in the flesh, only without separation of His Godhead.” When his letters reached these men, and they had read them, they turned from their error, and they believed in their Faith in righteousness and integrity.And their bishops came and confessed before our father, the archbishop, the True and Right Faith, and they entreated our father Archbishop Sanutya (Shenuti), saying, “Forgive us our sin and error.” And this father commanded them to bow down before all the bishops, and priests, and people, and to say unto them, “Forgive us, for we have sinned and gone astray, for it was Satan who led us into error.” And they did as the archbishop commanded them, and he forgave them their sins. And this father thought much about the churches, and their buildings, and the places wherein pilgrims sojourned, and what moneys were left him he gave to the poor and needy; and he followed a good course of life and pleased God. And the days of his office were fifteen years, and he died in peace.

Salutation to the mighty Archbishop who drove away the Enemy by the Cross which was in his hand.
And on this day also are commemorated the consecration of Dabra Sina, and Abba Yasdera of Sina.
Glory be to God Who is glorified in His Saints. Amen