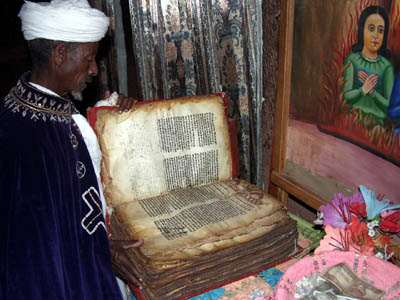 And on this day also died Saint John, the fighter of the spiritual fight, the soldier.  This saint had Christian parents.  He was a soldier in the army of Julian, and with him were other soldiers, and [Julian] commanded them to afflict the Christian people wheresoever they went.  And he was the soldier at the head of his companions, and pretended outwardly to them that he hated the Christians, and wished to make war upon them, but in secret he fought on their behalf, and did good unto them, and gave them whatsoever they wanted.  And he used to fast and pray continually, and give alms.  And he lived a life like unto the lives of the saints, and he pleased God, and died in peace, and many miracles were seen at his grave.  Salutation to John, the soldier.

And on this day also died Abba Philip of Debre Bizen.  Salutation to Philip.