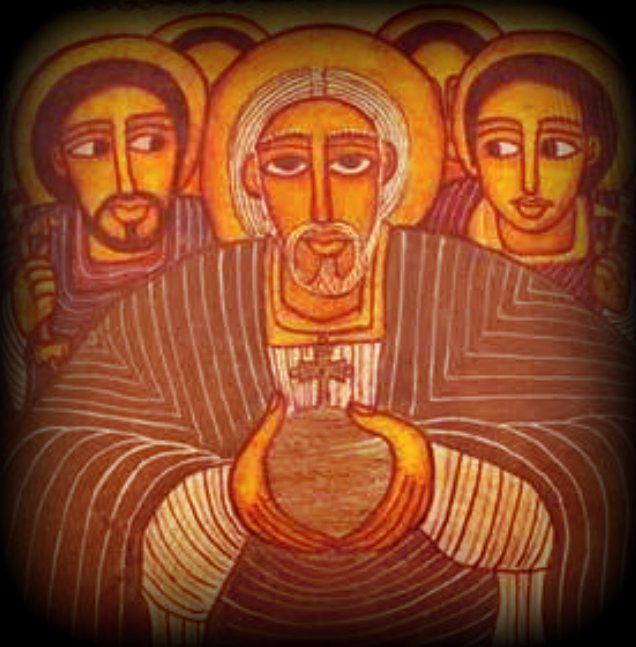 On this day nine saints became martyrs, that is to say, Lazarus an aged man, and his wife Salome, which is being interpreted “Weeper,” and their seven children, whose names are ‘An’imo, Antonitus, and ‘Ozya, and Lazarus, and ‘Astibam and Semuna, and Marcolus.  And this elder Lazarus was one of the teachers of the Law of Moses in his days, and his father was one of the Seventy-two translators who translated the Book of the Law and the Prophets for Ptolemy, King of Egypt.  And this just man taught his children the Law of Moses.  And when Antiochus, King of Rome, reigned over the country of Asia, and the land of Judah, he besieged Jerusalem, and reigned over it, and he afflicted the people of Judah, and he punished them with many punishments.  And he compelled them to break the Law of Moses and to eat what was forbidden to eat by the Law of Moses, that is to say the flesh of swine and such like; and there were many who broke the Law of Moses, and who set themselves under his authority.  But these saints kept the Law of Moses, which had been given to them by God, and Antiochus tortured them severely, and he beat them, and sawed their bodies with an iron saw, and cut off their limbs; and the righteous woman Salome, their mother, encouraged them and made them to endure until they had finished their martyrdom.  And after all of them [were dead], she cast herself into the fire of her own free will, and did not wait for them to throw her into it; and they received crowns of martyrdom in the kingdom of the heavens. And it is right that thou shouldst know, O thou who readest this, that our fathers and doctors of the Church have commanded us to celebrate a festival in honor of the saints of the Old Dispensation, in their divers degrees, and to pay far more honor to them than to the fathers of the New Dispensation, because they did far more than the later fathers.  Salutation to the God of the martyrs Lazarus and his wife.

And on this day also Ammon became a martyr.

And on this day also died the ascetic and father Abba John, Abbot of Debre Libanos, and he was the sixth from our father Takla Haymanot.  Because of his great righteousness, and his strenuous spiritual fight, [the monks] chose him and set him upon the throne of Abba Takla Haymanot; and it is said of him that our Lady Mary, in the form of a dove, used to appear to him and wave her wing over him.  And after pleasing God with his abundant labors, he died on the eighth day of Nahasse and departed to everlasting joy.