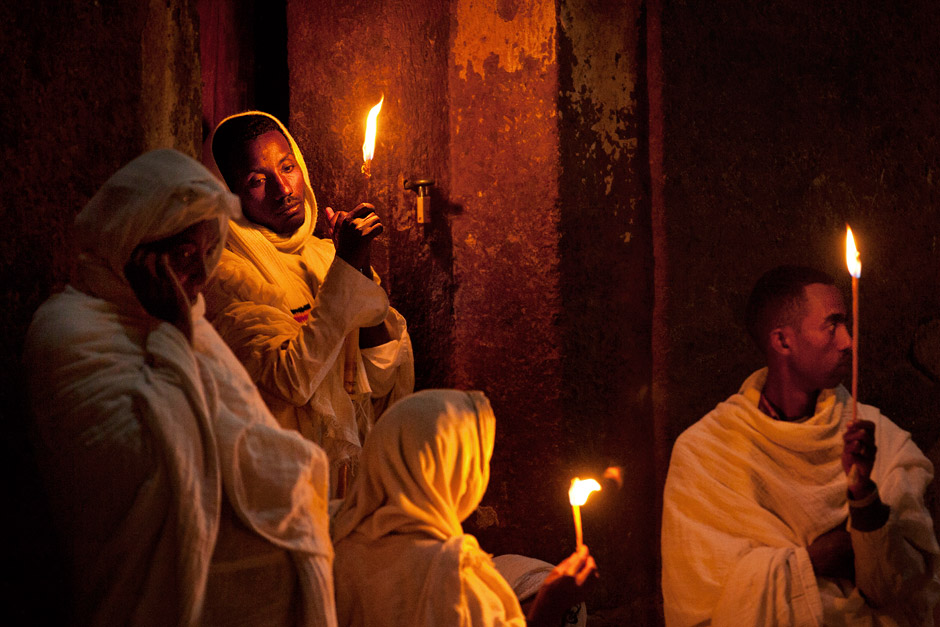 On this day Saint Abba ‘Ori became a martyr.  This saint was priest of Satanuf, and he was of an exceedingly merciful and compassionate disposition, and was pure in mind and in body, and he saw divine visions frequently.  And our Lord Jesus Christ appeared unto him upon the altar, and revealed unto him the hidden things, which he wished [to know about].  And the report of Abba ‘Ori reached the ears of the governor of the city of Nakyus, and he had the saint brought before him, and said unto him, “Offer incense to the gods and idols”; and the saint refused to do so, and he was unafraid of the governor; and although the governor was wroth with him he did not fear his wrath.  And the governor tortured him severely, and after that sent him to the city of Alexandria, where the governor also tortured him severely, and cast him into prison.  And he used to work signs and perform many wonderful things, and he healed the sick; and the report of him was noised abroad, and many men came unto him from all the cities.  And when the governor heard this he commanded the soldiers to cut off his head with the sword, and they cut off the head of the saint with the sword, and he received the crown of martyrdom in the kingdom of the heavens.  And Saint Julius came and took his body, and wrapped it in cloths, and sent it to the city of Satanuf, and after the end of the days of persecution they built a beautiful church for him, and laid his body therein, and great signs and miracles took place through it.  And his body resteth there at the present time and it performeth great healings for all the sick folk who come unto him in faith.  Salutation to ‘Ori.

And on this day also is commemorated Pilate, the Archbishop.