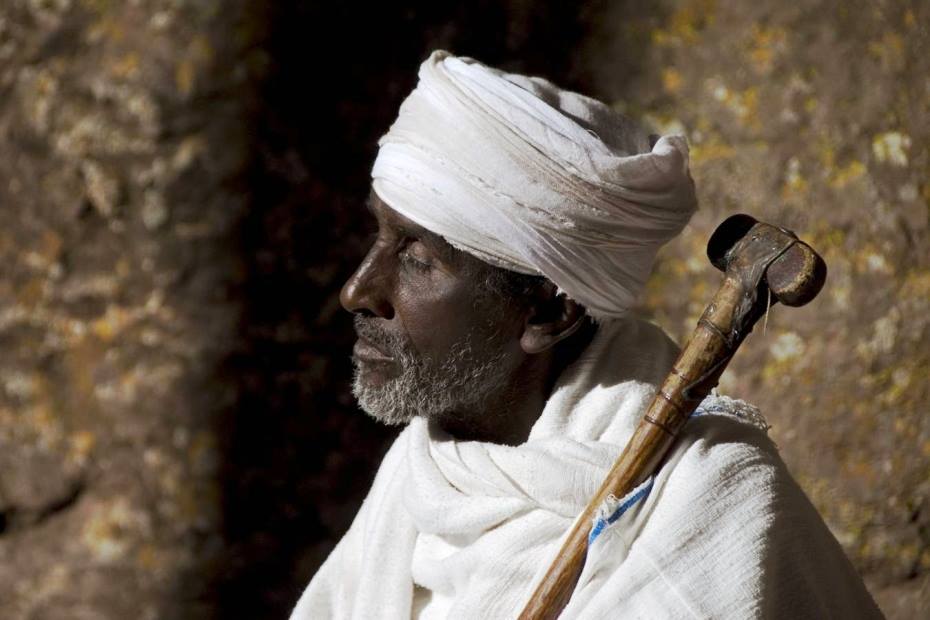 On this day died the holy father, Abba Alexander, Archbishop of the city of Alexandria.  This holy father was an honorable man, and much tribulation came upon him through the people of Arius.  And in his day Abba Athanasius renewed the excommunication of Arius, and he removed him, and expelled his followers, from the churches of the city of Alexandria.  And Arius departed to the city of Constantinople, and he went unto the Emperor Constantine, the son of Constantine the Just, and he made accusations against Athanasius to him.  And when he found no rest with him, Arius asked the emperor to command this Father Alexander to receive him with his priests.  And the emperor sent messengers to this father, and had him brought, and he said unto him, “Athanasius transgressed our command, and would not received Arius; thou knowest that we appointed thee, and thou must not transgress our command.  Make my heart glad, and release Arius from thy ban.”  And Saint Abba Alexander answered and said unto him, “The Church will not receive Arius, because he doth not worship the Holy Trinity”; and the emperor said unto him, “But he confessed his belief in the Holy Trinity before me.”  And Alexander answered and said unto him, “If he believeth in the Holy Trinity and if he believeth that the Son is equal with the Father in His Godhead, let him write this with his hand.”  And the emperor had Arius brought, and he said unto him, “Write with thy hand the True Faith,” and he wrote with his hand the True Faith, although he did not believe it in his heart, and then he took an oath on the Holy Gospels that this was the True Faith, but he swore falsely.  And the emperor said unto this Father Alexander, “There is now no pretext to be found against him since he hath written the True Faith with his own hand, and taken an oath on the Holy Gospels.”  And Abba Alexander said unto the emperor, “Athanasius renewed the proclamation of the excommunication of Arius, which was written by the hand of thy Father Constantine, and was written also by the hands of the Three Hundred and Eighteen [Bishops] of the True Faith, and he expelled him and all his people from the city of Alexandria.  But wait, at my request, for one week, and if nothing happeneth to him during this week, then his profession of the Faith is sincere, and his oath is righteous, and I will receive him, and will let him mix with the priests, and he shall take part with them in the service of the Sanctuary.”  And the emperor answered and said unto him, “Know thou that I will not wait at thy request seven days.  If thou wilt not receive him I will levy a very heavy tax upon the churches.”  And after this Father Alexander went out from the emperor’s presence, and departed to his own house, and he fasted there the whole week, and he besought God to deliver Arius from his sin.  And when the week was expired, Arius arrayed himself in fine apparel, and went into the church, and sat down in front of the altar with the priests.  Then this Father Alexander entered, being sad and sorrowful, and not knowing what to do.  And he stood up and began the service of the Offering.  And the bowels of Arius were moved, and he went to answer the call of nature, and everything, which was in his body flowed away from beneath him, and he was left empty.  And when Arius delayed in returning, the people searched for him and enquired where he was, and they found him dead in the latrine; and they told this father what had happened, and he praised Christ Who had not cast away the Church.  And the emperor marveled about this, and knew that Arius had sworn an oath falsely, and had written a lie with his own hand; and then the emperor knew the holiness of this father, and his righteousness, and Orthodoxy, and he knew that Arius was an infidel.  And the emperor praised the Father, and the Son, and the Holy Ghost, and confessed that their Godhead is one.  And this father, having followed a good course, and arrived at a good old age, departed to God, Whom he loved, and received the crown of martyrdom in the kingdom of the heavens.  Salutation to Abba Alexander.

Salutation to Justinus, who dwelt on the top of a mountain, and learned by heart the Psalms, and the Books of the Prophets and Apostles.