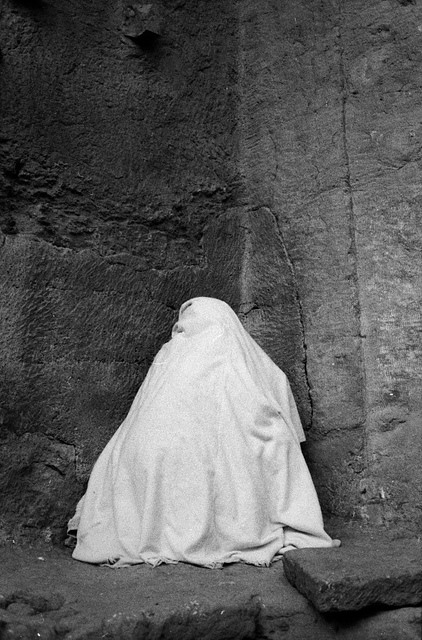 On this day three (or, thirty) thousand of our Christian brethren in the city of Alexandria became martyrs.  And this took place when the wicked Emperor Marcianus exiled our father Dioscoros to the island of Gagra; and there was rebellion and great tumult in the city of Alexandria for many years.  And when Marcianus died, and Leo reigned, the people of Rome set over themselves a man from the city of Alexandria, whose name was Abrutarius, as archbishop.  He had been a priest in the city of Alexandria, and he believed in the Council of Chalcedon.  Only a few of the Alexandrians accepted him, and the rest of the people received the Holy Mysteries from the priests whom our father Abba Cyril and Abba Dioscoros had appointed.  And when Abrutarius was appointed, he formed a company of his friends who believed his words, and he excommunicated ‘Awtaki (Eutyches), the priest, who declared that the Godhead [of Christ] was mingled in His Incarnation.  And by this he wished to seduce the man of the city, and to make them at length to enter into an evil faith; and they believed his words, because they thought that our father Dioscoros and his company agreed with ‘Awtaki (Eutyches) in [his] denial.  Now our father Dioscoros excommunicated ‘Awtaki (Eutyches), and he cursed all those who mingled the Godhead of Christ with His Incarnation.  How could one turn and believe his words?  Nay, the Faith of our father Dioscoros was like the Faith of Saints Basil, and Gregory, and Cyril, who believed in the One Nature of God, the Word, Which became incarnate, and not that the Godhead changed and became flesh, and not that the flesh changed and became Godhead, but that each of them remained by Itself.  And it was not right for them to say that Christ became Two Natures, and Two Persons, and Two Things after His Union, which did not destroy [His] Unity.  And ‘Awtaki (Eutyches) believed in the mingling of Nature.  Our fathers excommunicated those who separate the Natures, after they had become One, and likewise they excommunicated those who mingle them after they were separated.  And on the day following the Council which Abrutarius had gathered together, they found Abrutarius killed in his house, and his companions said that it was one of the disciples of our father Abba Dioscoros who had killed him.  And he said unto them, “We are brethren.  Perhaps it is one of the companions of ‘Awtaki (Eutyches) who hath killed him, or perhaps thieves killed him in order to carry off his money.”  And this was true, for the Council did not assemble on account of us, nor because of us; but we agree in the excommunication of ‘Awtaki (Eutyches).  And the companions of Abrutarius sent a letter to the king wherein they said, “Behold, the people have treated the government with insolence, and have behaved contemptuously towards the emperor, and have killed the archbishop whom the emperor appointed.”  And whilst they were gathered together because of this thing, behold our brethren assembled and appointed Abba Timothy archbishop over them.  And those wicked men sent another royal official, one ‘Abrotari, to the emperor, saying, “Behold they have killed Abrutarius and have appointed over them an archbishop without the emperor’s command.”  And the emperor was exceedingly angry because of these two letters, and Satan entered into him, and he sent many soldiers, and they slew of our brethren three thousand Orthodox Christians, small and great, slaves and free men, and he exiled Abba Timothy to the island of Gagra, where he lived for seven years.  And if [they say] that one of the servants of Abba Dioscoros killed Abrutarius, as Satan taught them, they speak falsehood.  Was it meet that they should kill three thousand men instead of one man, especially as they did not kill any one of the wicked Arian heretics, who killed bishops and priests?  But let everyone know that this took place through the operation of Satan.  And after this shameful slaughter, the emperor knew that our brethren did not kill Abrutarius, and that they did not know who did kill him.  And the emperor sent and brought back Timothy from the island, and he paid him great honor, and set him upon the throne of his office in the city of Alexandria.  And he sat in the days of Leo for twenty-two years.  Salutation to those who died by violence.

And on this day also Saint Damianus became a martyr.  They tortured this saint in the city of Antioch with every kind of cruel torture.  When the governor was tired of torturing him, he commanded [the soldiers] to cut off his head, and they cut off his head, and the saint received the crown of martyrdom in the kingdom of the heavens.  Salutation to Damianus the martyr, the workman of Jesus.

Salutation to Mary the daughter of Abraham.

Salutation to Abraham, the Friend of God.