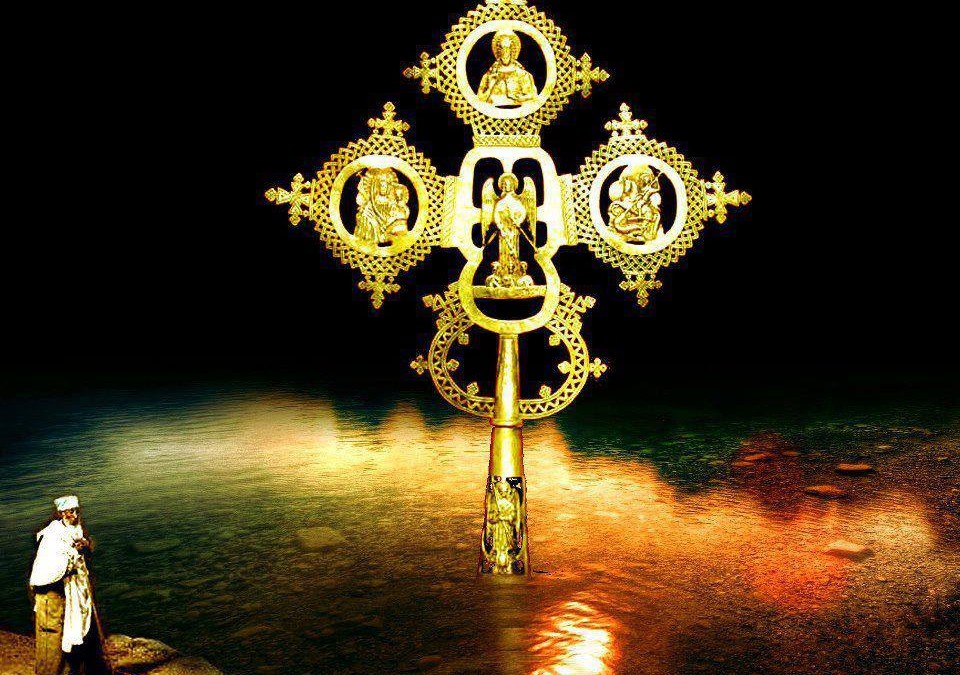 On this day Saint Andrianus, and four and twenty other men who were with him, were martyred.  This Saint Andrianus was one of the imperial officers, and was captain of the young men, and whilst Maximianus was torturing the Christians, because they refused to worship idols, Saint Andrianus saw their boldness of heart and patience under suffering, and he said unto the saints, “What do ye expect to get that ye endure such sufferings?”  And the holy martyrs said unto him, “Our mouths are unable to describe the hoped-for things which await us,” and they told him in the words of the Law and the Prophets about Christ.  When Andrianus heard this he went to the officers and scribes, and said unto them, “I am a Christian.  Write down my name with the names of the fighters.”  And when they told the Emperor Maximianus this, he called him and said unto him, “Hast thou gone made, O Andrianus?  Dost thou wish to be destroyed for nothing?” And Andrianus said unto him, “I am not mad now, but I have turned aside from my former madness.”  When the emperor heard this he commanded the soldiers to cast him into prison with the holy martyrs; and one of his slaves told his wife Antolia, and when she heard it she departed to the prison, rejoicing to be associated with him.  And she kissed the fetters of the four and twenty saints, and she besought them to encourage her husband to endure every trial.  And to him she said, “O my lord, let not this infidel lead thee astray.  Thy beauty, thy grace, thy gold and thy silver are all vanity; follow Christ so that thou mayest find with Him the kingdom which never passeth away”; and having said this she went to her house.  And when Andrianus knew that they were going to bring him to the torture, he went straightway to bid her farewell, and when she heard him arrive, she thought that he had escaped from the prison, and she shut the door against him, and reviled him from the inside of her house, saying, “Yesterday I called thee ‘martyr’ and to-day thou hast denied Christ!”  And when Andrianus saw [the strength] of her Faith, he marveled exceedingly, and said unto her, “Open to me, O my sister, for I have come to bid thee farewell.”  When she heard this she opened the door to him; and then he took her into the prison, telling her everything.  And when Antolia had come into the prison she saluted the saints, and washed their wounds.  And the overseer commanded his men to bring the saints out of prison, and when he saw that they were exhausted by their torturing, he set Andrianus in front of them, and said unto him, “Sacrifice to the gods”; and when Andrianus reviled him the governor commanded them to beat him with sticks.  When Antolia heard this she entreated the saints to pray for him.  And the governor also commanded the soldiers to beat him on his belly, until his bowels gushed out.  Now at that time Andrianus was eight and twenty years old.  And then they took him into the prison with the holy martyrs, and Antolia came and wiped away the blood from Andrianus and the saints, and she embraced him, saying, “Rejoice, for thy name is written in the heavens.”  And then the governor commanded the soldiers to bring a blacksmith’s hammer and to break the thighs of the saints therewith.  And Antolia placed first of all the hands and the feet of Andrianus under the hammer, and the soldiers smote, and broke off his hands and his feet, and smashed his bones, and at length he delivered up his soul.  Similarly they smashed the thighs of all the saints, and cast their bodies into the fire, which did them no harm.  And then the believers took their bodies to another city, and they hid them until the days of persecution were passed.  And Antolia took the portions of the hands of Andrianus which had been cut off, and laid them by her pillow.  And then the governor of the city wished to marry her, and as soon as she heard about it she fled by boat, taking the fragments of the hands of Andrianus with her.  And she came to the place where the bodies of the saints were, and she asked them to receive her with them, and God accepted her petition, and she died whilst she was sleeping, and was buried with the saints.  Salutation to Andrianus.

And on this day also died the holy father Abba Bisaryon (Bessarion) the Great.  The parents of this saint were faithful Christians and God-fearing people.  When this father grew up he wished to put on the garb of the monastic life, that is to say, the garb of the angels, and to devote himself to God.  And he went forth from this world, and renounced it, and he departed to Saint Abba Anthony, and became his disciple and ministered unto him for many years.  And after this he went to Abba Macarius, and ministered unto the holy elders who were monks. and then he wandered about in the desert of Scete; he never lodged in a place which had a roof, and he possessed absolutely nothing.  He had neither a whole garment nor a bed, but only rags of coarse hairy sackcloth, which he girded about his loins, and he used to go round to the cells and caves of the monks, and sit down by the side of the doors thereof weeping.  And when there went out to him someone who knew him [not], and said unto him, “O my father, what maketh thee weep?”  [the saint would reply,]  “My riches have all been destroyed, and I have escaped from death.  My family has fallen from honor into disgrace.”  He who did not understand what his words meant would console him, and say unto him, “God shall restore to thee thy riches which have been destroyed,” and give him some bread; and the saint would take it and go and give it to others.  But those who understood what his words meant would know that what he was referring to was the spoliation of the virtues of the children of man by Satan.  His purity, and virginity, and sincerity resembled those of the angels.  And the fathers have described the fights which he fought in his spiritual battles when he lived among them; thus for forty days he never lay down on the ground at all to sleep, and on many occasions, during his spiritual fights, he often fasted for forty days at a time.  And he continued to fight the spiritual fight for seven and forty years.  And many great miracles were made manifest through him and of these the holy elders and monks speak.  Saint Dulas and Saint John relate a story concerning him, and say that they went with him to the shore of the Red Sea, and that they were suffering exceedingly from thirst.  And when he knew that they were thirsty he prayed to God and made the bitter water sweet, and they drank thereof.  And on another occasion he came to the river Takazze, [wishing] to cross over, and that as he found no ferry he prayed, and [then] walked on his feet on the surface of the water to the other side.  And one day they brought to Scete a man who had a devil that the holy elders might heal him by their prayers.  And the fathers discussed the matter among themselves and said, “If we acquaint the holy elder Abba Bisaryon (Bessarion) with the story of the man in whom is a devil he will not heal [him], for he fleeth from [worldly] honor and [the praise] of men.”  And the fathers made a plan, and they caused the man in whom was a devil to lie down in the church, on the place where Abba Bisaryon (Bessarion) used to stand up to pray.  And when the saint came into the church and found the man there asleep, he woke him up and seized him by his hands, and said unto him, “Rise up,” and the man rose up straightway, sound in heart and healed of his disease.  And those who saw him marveled exceedingly, and they glorified God for the grace which is given unto those who fear him.  And this father performed very many miracles besides this, and he pleased God and died in peace.  Salutation to Abba Bisaryon (Bessarion).

And on this day also are commemorated Elianus the martyr, and his sister Eudoxia.

Salutation to the company of priests of the brotherhood of Andrianus.