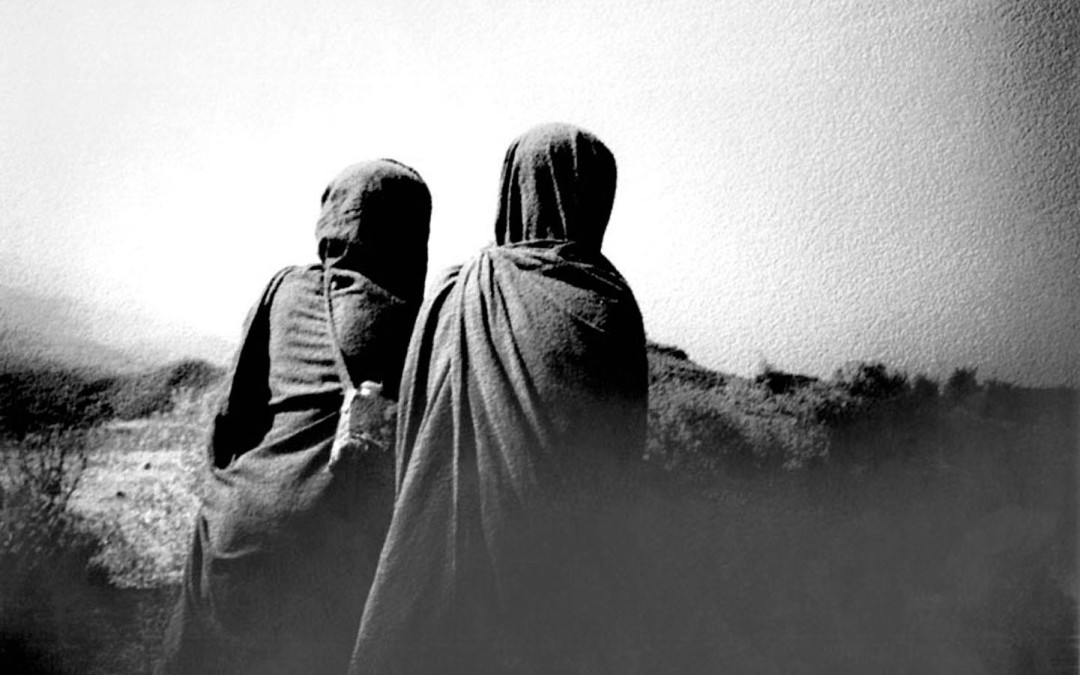 On this day Saint Moyses and his sister Sara became martyrs.  The parents of these saints were righteous folk, and they were exceedingly rich.  After the death of their parents Saint Moyses wanted to give his sister in marriage, and to hand over to her all the possession which their father had left them, and to go and become a monk.  And his sister answered and said unto him, “If thou wouldst first of all marry thyself, thou canst then get me married.”  And he said, “I have committed many sins, and I want to become a monk to blot out my sins, I cannot think about marriage, but only about the salvation of my soul.”  And she answered and said unto him, “O my brother, how canst thou cast me into the net of this transitory world, and think of the saving of thine own soul only?”  and he said unto her, “If thou wishest for the ascetic life, thou thyself knowest”; and she answered and said unto him, “What thou doest for thyself, I likewise will do for myself, for we both are of one nature, and are from the same father, and the same mother.”  And when he saw the strength of her will he rose up forthwith and gave all his goods to the poor and needy, and then he brought his sister to a convent for virgins, which was outside Alexandria.  And he entered a monastery and he devoted himself to the ascetic life, and fought a great spiritual fight, and his sister did likewise; and the two remained for ten years without meeting.  And in the days of the kingdom of Severianus, the infidel, and under the rule of Abba Demetrius, Archbishop in the city of Alexandria, that wicked emperor afflicted the Christian people, and there were very many martyrs in his days, [among them] being many heads of monasteries.  And Saint Moyses rose up, and sent a letter to his sister Sara, to greet her and to inform her that he wished to become a martyr; and when she heard she rose up straightway and asked the abbess to release her, so that she might go and become a martyr; and the abbess prayed over her and embraced her and let her go.  And Sara embraced the virgins, and she departed to her brother, and found him on the road wishing to go into the city of Alexandria.  And the two of them came into the city of Alexandria, and confessed our Lord Jesus Christ before the governor; and he tortured them severely, and afterwards the soldiers cut off their heads with the sword, and they received crowns of martyrdom in the kingdom of the heavens.  Salutation to you Sara and Moyses.

And on this day also are commemorated Abba Ammon, and Elias, the martyr, and his sister Eudoxia, and Abuna Jacob.

And on this day also Agabus the soldier and Thekla the nun became holy martyrs.  These saints fought the fight in the days of Lulianus the governor, one of whose officers tortured them very severely, and then cast them to the lions; and they received crowns of martyrdom in the kingdom of heaven.

And our fathers have commanded us that the people shall celebrate on this day a festival in commemoration of the woman Sara, the wife of Abraham, whose womb was honorable, and whose breasts blessed.  When the King of Gerara wished to seize Sara in his ignorance, God rebuked him, and told him that he was not to touch this woman, and he restored her to Abraham, together with much money.  And again, at the time when God lodged in her house, and told Abraham about the birth of Isaac, she laughed inside the tent, saying, “Can such a thing still happen to me?  I have become old, and my lord is old.”  And God said unto Abraham, “Wherefore did Sarah laugh?  Is there anything too hard for God?”  And then when Isaac was born, and she saw him playing with Ishmael, the son of Hagar, jealousy seized her, and she forced Abraham to cast him out with his mother.  And although it was hard to Abraham, God commanded him to fulfill her wish, and he did so knowing that from his seed Christ, the Savior of the world, should appear.  And Paul called her the “free woman,” and likened her to the Church.  And then she died at a good old age, and Abraham buried her in the grave which he bought from the children of ‘Emor, the Hittite.  Salutation to the womb of Sara