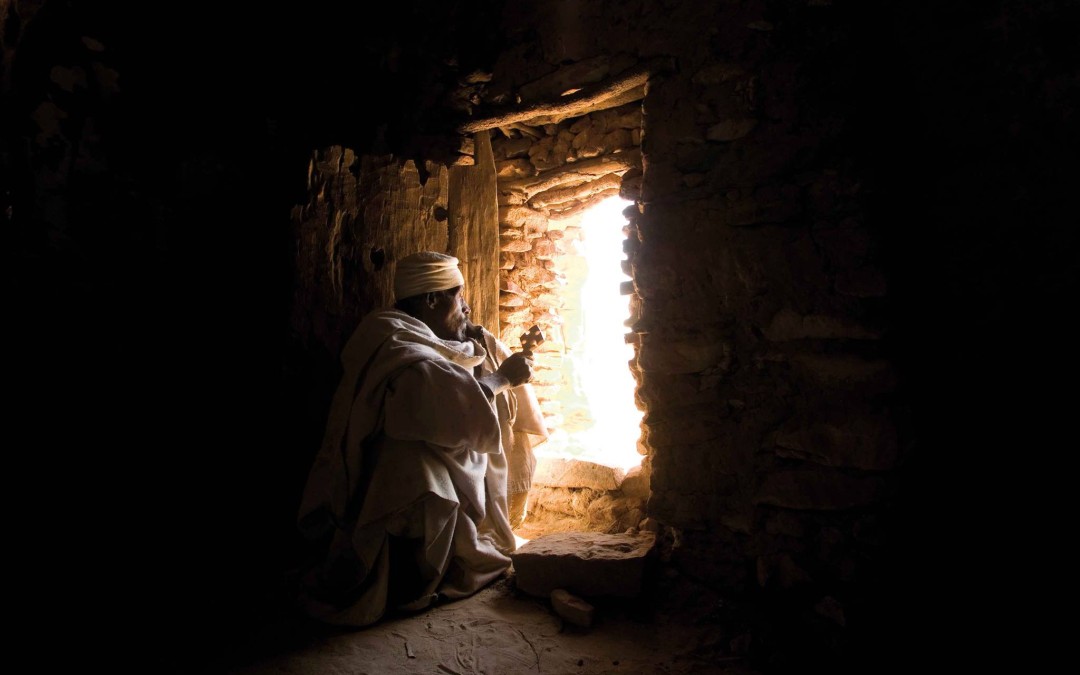 On this day died the great prophet Malachi.  This righteous man was the completion of the Twelve Minor Prophets, and he was one of the Twelve.  And he prophesied at the time of the return of the people from captivity in Babylon to Jerusalem.  And he rebuked the children of Israel because of their transgression against God and His Law, and also because of their vile offerings, which they offered unto Him, for they did not give the tithe of their goods, nor their first fruits, as God commanded them.  And God spoke unto them, by the tongue of this prophet, the reproach of God, and He said unto them, “Do mercy, give alms to the poor, and testify ye to Me by giving tithe and first-fruits.  I will open to you the doors of heaven, and will bring down unto you blessings, so that at length ye shall say, ‘It sufficeth us, it sufficeth us,’ . . . [And I will rebuke] the caterpillar, and the worm, and the wire-worm, and the moth, so that they may not devour the fruits of your land.”  And he prophesied concerning the coming of John the Baptist, before our Redeemer, and concerning the coming of Elias before him, and also concerning the end of the world.  And he prophesied concerning the habit of boasting among the Jews, and revealed to them that there were [other] people on the earth, and priests and righteous men who offered up incense and sacrifices to God, which were accepted.  And having pleased God by his strife, and ended the days of his prophecy, he departed to God Whom he loved.