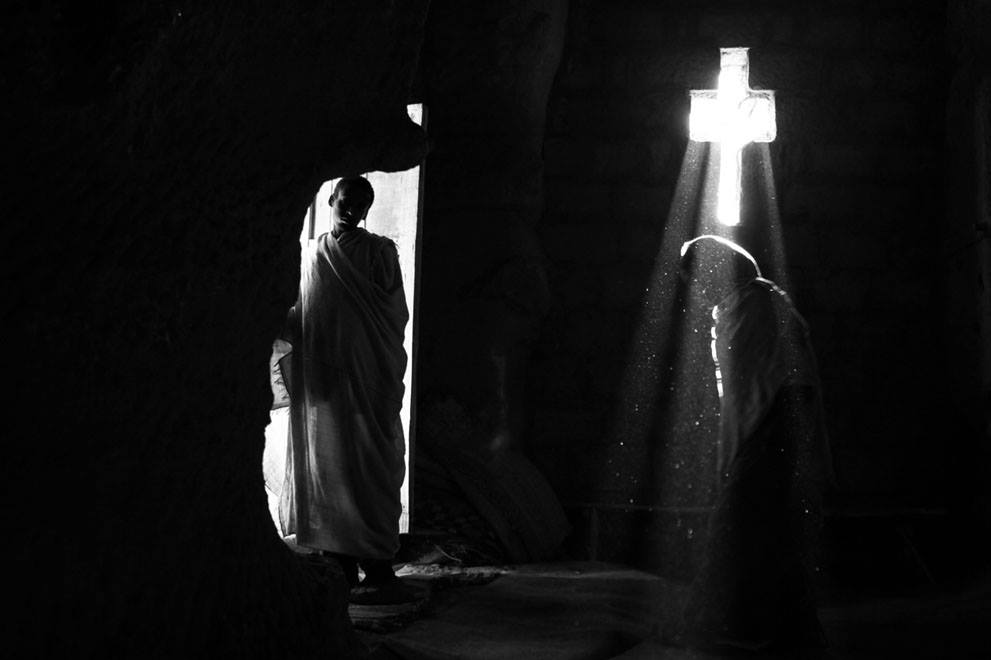 On this day died the ascetic, fighter, and anchorite Saint Abba Benjamin (Baymon).  This saint was from the city of Mesr (Cairo).  There were seven brethren, namely, John, and Job, and Joseph, and Basil, and Baymon, and Jacob, and Abraham, and they all became monks.  John was the most advanced (i.e. the eldest) of them in his days, and Abba Baymon was most advanced in knowledge and wisdom.  And they all agreed together, and went forth from the world, and dwelt in places, which were remote from men; and they bore the yoke of our Lord Christ.  And they traveled on the straight road, and put aside the honor of family, and the desire of their mother to see them.  Now their mother came to their abode, and she stood outside and having sent them a message she waited (?) for them to come to her, so that she might see them before she departed. And they sent to her a message, saying, “If thou wishest to see us in the generation which is for ever, depart from this place”; and she understood, and accepted [their words], and departed.  And this father was a haven and a comforter of the old men and of the young men of the desert of Scete.  And whenever tribulation, and doubt about the Faith, or a temptation of the Adversary [assailed any one of them], he would come to him, and our father would comfort him, and straightway he was cured of his sickness.  And this father composed works on Doctrine, and many Homilies, and profitable Admonitions on piety, and the spiritual fight, and the path of the monastic life.  And he said in his teaching, “If thou seest a brother who hath transgressed, despair not of him, but wake up his soul, and comfort him, and lighten his heaviness, so that he may rise up from his fall.”  And he also saith, “Teach thy heart so that it may do what thy tongue sayeth.”  And one of the brethren said unto him, “If I see a brother who is good, I rejoice in him, and bring him into my abode, and make him to rejoice.  And also, if I see a brother whose works are inferior I do not wish to bring him into my abode.”  And Abba Baymon answered and said unto him, “If thou treatest well the brother who is good, thou must treat that brother whose works are inferior with a double portion of goodness, for he who is sick needeth healing especially.”  And then he informed that brother who was talking with him, saying, “There was a monk in the monastery whose name was Timothy, and he fell into sin, and he was always weeping; and he wept, and groaned, and petitioned God, saying, ‘O Lord, I have sinned against Thee; forgive me.’  And a voice came to him and said unto him, I will only cast thee off when thou despisest thy brother in the time of his trial.”  And this father Abba Baymon also said, “If we cover over the sins of our brethren, God will cover over our sins.”  And this holy father lived all his days a life of spiritual fighting, and devotion to God, and he arrived at a good old age and pleased God and died in peace.  Salutation to thee, O mortal tongue of the seven brethren who refused to see their mother.