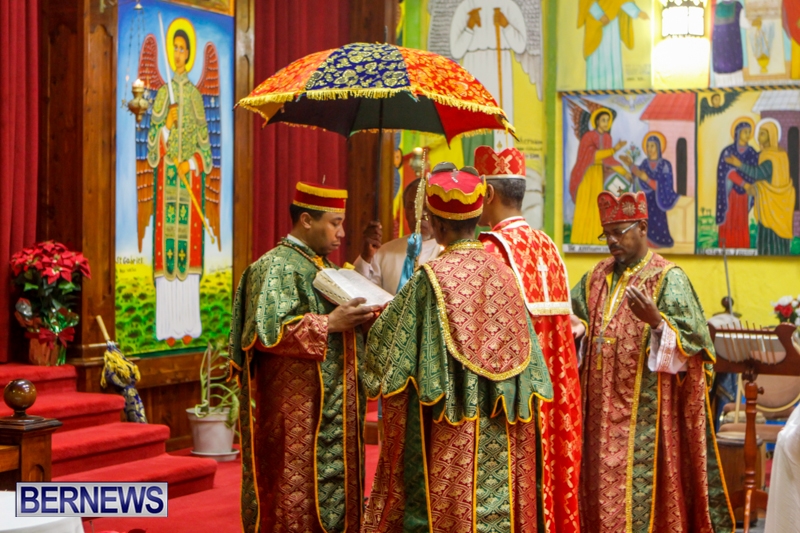 On this day died the pure and holy virgin, Abba Jacob, Bishop of the city of Mesr (Cairo).  The soul’s desire of this fighter from his youth up was to wear the holy garb of the monastic life, which is the apparel of the angels.  And he went forth from his city, and departed to the desert of Scete, that is to say, to the monastery of Saint Abba Macarius, and he took up his abode in a cave close by Saint Abba John the Short; and he devoted himself to God and fought the spiritual fight for many years, and he was appointed Archdeacon of the church of Saint John.  And the report of his virtues, and his knowledge, and his sanctity was noised about, and God chose him, and he was appointed Bishop of the city of Mesr (Cairo).  And having taken his seat upon the throne of his office, he added to his fasting, and prayer, and asceticism, and fighting of the spiritual fight, and he did not diminish through [the duties of] his office his former fight.  He taught his people continually, and he read the Scriptures to them, and he explained the obscure passages in them, and he admonished them for continuing to commit sin; and he excommunicated them and repelled them from receiving the Holy Mysteries until they repented.  And when he had finished his good fight, he fell sick of a slight illness, and he summoned his flock and taught them to hold fast the True Faith.  And he summoned the priests and commanded them, saying, “Take heed that ye be not negligent at the time of celebrating the Mysteries,” and he made them to know that they would deserve great punishment if they were negligent about the celebration of the Holy and Divine Mysteries, and if they did not minister in holiness, and in the fear of God.  And he said unto them, “I am innocent of your sins.”  And then he made the sign of the Cross over his face and eyes, and stretched out his hands, and made the sign of the Cross, and he covered his eyes with his hands and died in peace.  And they wrapped him in a beautiful shroud, which was worthy of bishops, and they made a great lamentation over him, and they buried him in the tomb of the fathers, the Bishops.  Salutation to Jacob, Bishop of Mesr (Cairo).

And on this day also died the great Prophet Amos, the father of Isaiah the prophet, one of the Twelve Minor Prophets.  This righteous man prophesied in the days of the kings of Israel, Joash, Amos, and Uzziah; and all the days of his prophesying were fifty years and more.  And he admonished the children of Israel and their kings, and the kings of Judah, and he told them that God would not accept over many offerings, nor the things which they did not offer up to Him in the days of Moses the prophet.  And he prophesied concerning the Passion of our Lord, and concerning the darkness of the sun on that day, and concerning the lamentation and sorrow which should come upon the children of Israel after this; and how their festivals should be turned into [days of] sorrow, and their joy into weeping; and how they should lack the help of God; and how they should be scattered in all countries among the nations; and how they should be driven about like spelt.  And all these things were fulfilled upon them, for they dwell [scattered] in the world unto this day.  And it is said that the people killed him when he rebuked them overmuch for their sins.  And he prophesied before the coming of our Lord Christ six hundred years before the coming of our Lord.  Salutation to Amos the prophet.

And on this day also died Abba Magder.  Salutation to Magder.