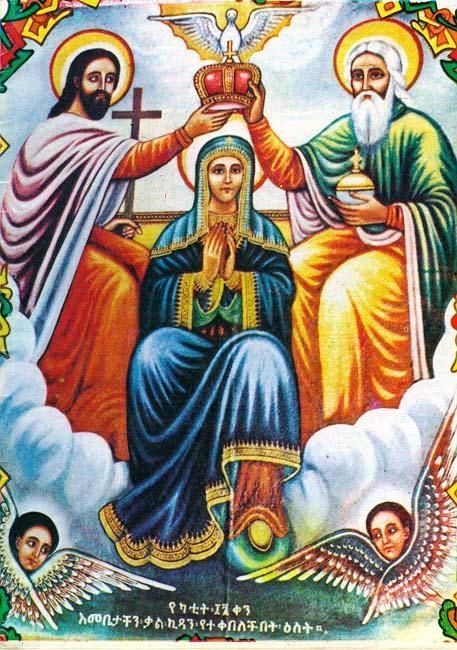 On January 21 Ethiopian Calendar, 29 January European Calendar, the Virgin Mariam transcended to the upper regions.  The apostles began fasting from 1 Nashi/07 August for 15 days, after which the Angels of God brought the body of the Virgin to the apostles.

The apostles desired to bury her body in the gardens of Gethsemane, so they carried her body to the garden to bury it.They buried the Virgin on Sunday. On Tuesday 3 days later, the Virgin Mariam rose from the dead just as her Son Christ had resurrected.

When the Jews saw this, they were very angry and said, “The apostles disturbed us before when they said Iyesus Kristos was Risen and now they tell us that Mariam is risen and ascended.”   So the Jews dispersed them and did not allow them to bury the Virgin Mariam, instead the Jews wished to burn it!

A certain Jew named Tawfania ran forward to burn the Holy Mother and when he grabbed the body, Angels of God struck off his hand and he stayed there helpless until he died.

At this time the Angels then took the Virgins body to Paradise, accompanied by John the Apostle to burn incense over her body, and layed her under the Tree of Life. When John returned and told this fact to the Apostles, they said to each other “John saw and we did not; let us pray and fast that we may see also.”

Apostles were witnessing and preaching in many regions of the world. When Our Lady was taken to Paradise on a cloud of light, the apostles were able to see this miracle from the various regions on earth.

Let us reverence and bless Our Weladeta Amlak (Mother of God), The Prototype of Love, Mercy and Grace among all heaven rejoice. Bless You Oh highly favored among women! Let us remember our Holy Days, teach it to our children, share with the world and inspire others to do the same. Let Us observe Our Royal Traditions. 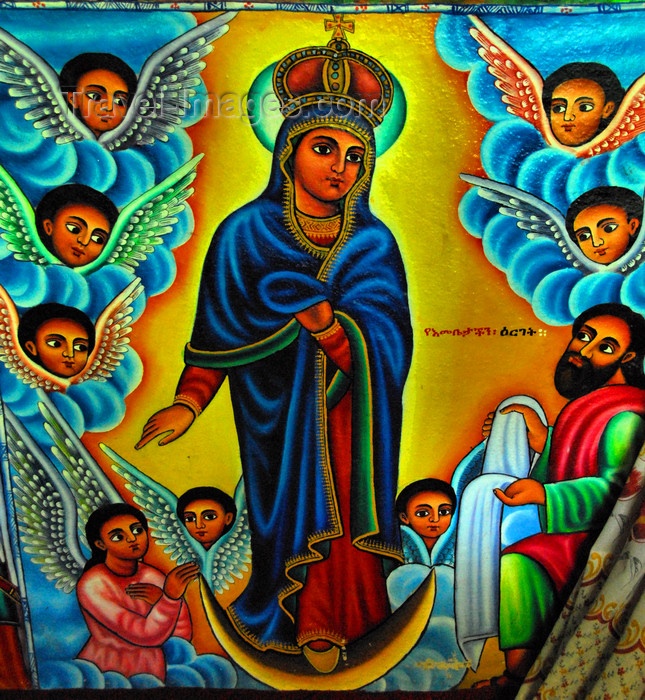 ← Timkat: The Sacred Journey, celebrating the baptism of Christ in Ethiopia THE DAILY CALENDAR OF THE ANCIENT ETHIOPIAN ORTHODOX TEWAHIDO CHURCH →