Quick Facts | Saint Matthew the Apostle and Evangelist in Ethiopia. 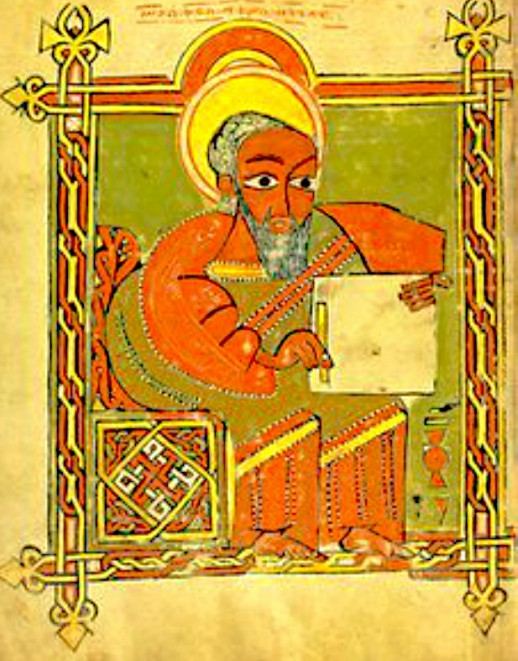 The Holy Apostle and Evangelist Matthew, son of Alphaeus, was a tax collector. When the Lord said, “Follow Me,”  Matthew left his tax booth and followed Him. After that, he prepared a reception for the Lord in his home and thus provided the occasion for the Lord to express several great truths about His coming to earth. After receiving the Holy Spirit, the Holy Apostle preached the Gospel to the Parthians, Medes and Ethiopians. In Ethiopia, he appointed his follower Platon as bishop, and withdrew to prayerful solitude on a mountain, where the Lord appeared to him. Matthew baptized the wife and the son of the prince of Ethiopia, at which the prince became greatly enraged and dispatched a guard to bring Matthew to him for trial. The soldiers returned to the prince saying that they had heard Matthew’s voice, but could not see him with their eyes. The prince then sent a second guard. When this guard approached the apostle, he shone with a heavenly light so powerful that the soldiers could not look at him; filled with fear, they threw down their weapons and returned. The prince then went himself. Matthew radiated such light that the prince was instantly blinded. However, the holy apostle had a compassionate heart; he prayed to God, and the prince was given back his sight. Unfortunately, he saw only with physical eyes and not spiritual eyes. He arrested Matthew and subjected him to cruel tortures. Twice, a large fire was lighted on his chest, but the power of God preserved him alive and unharmed. Then the apostle prayed to God and gave up his spirit. The prince commanded that the martyr’s body be placed in a lead coffin and thrown into the sea. The saint appeared to Bishop Platon and told him where the coffin bearing his body could be found. The bishop retrieved the coffin with Matthew’s body from the sea. Witnessing this new miracle, the prince was baptized and received the name Matthew. After that, the prince left all the vanity of the world and became a presbyter and served the Church in a God-pleasing way. When Platon died, the Apostle Matthew appeared to the presbyter Matthew and counseled him to accept the episcopacy. He accepted the bishopric and, for many years, was a good shepherd until the Lord called him to His Immortal Kingdom. St. Matthew the Apostle wrote his Gospel in the Aramaic language. It was soon after translated into Greek and the Greek text has come down to us, while the Aramaic text has been lost. It is said of this evangelist that he never ate meat, but only vegetables and fruit.  – adapted from the Prologue of Ochrid