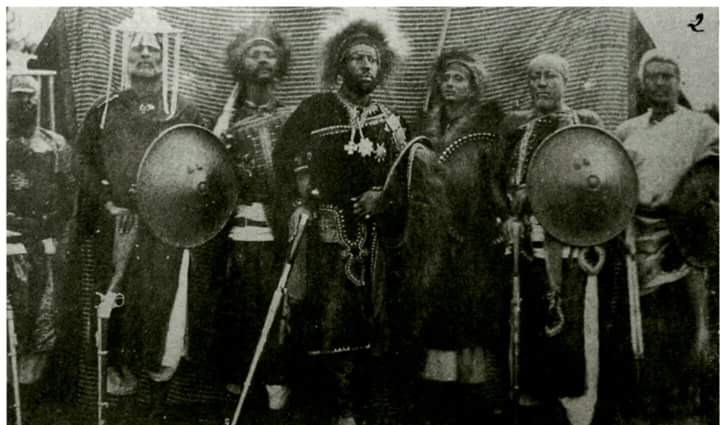 The battle of Adwa, in March 1896 was the greatest victory of an African over a European army since the time of Hannibal, it created such an excitement in Italy that the government of Francesco Crispi resigned. As a result of the battle, and Menelik’s skill in playing one colonial power off another, Ethiopia survived the European Scramble for Africa. The country emerged as a symbol of African independence for people of African Descent throughout the world. This period also witnessed the opening up of the country to foreign contacts, and the coming of envoys from the principal European powers, the United States and the Ottoman Empire. Excerpt from – Changing Images of Ethiopia from the Outside World By Richard Pankhurst