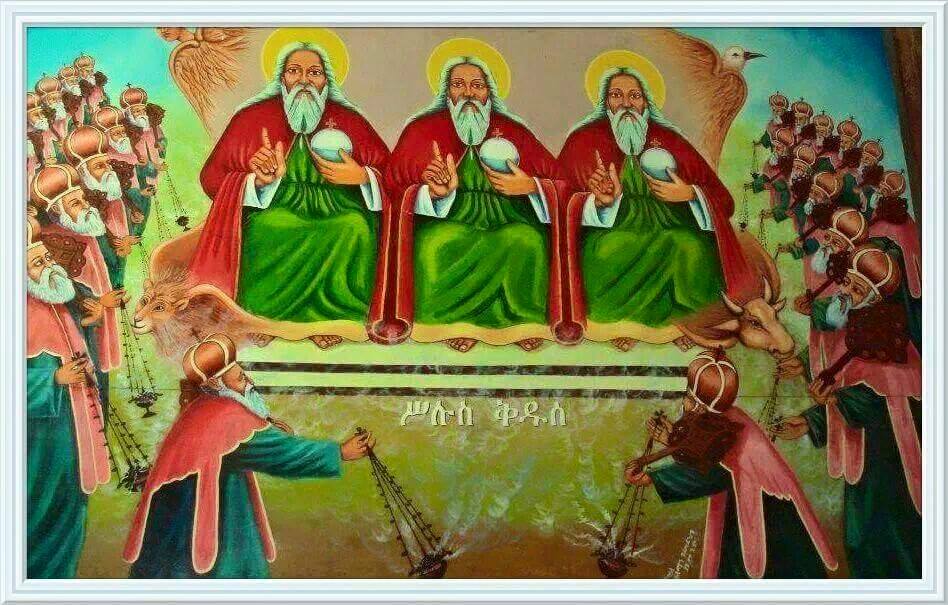 On this day Theodore the monk of the city of Alexandria, became a martyr.  This saint was a believer and a pure man, and he devoted himself to the ascetic life, and fought the divine fight, and he dwelt in one of the monasteries of the city of Alexandria.  Now Constantine sent to the city of Alexandria an archbishop whose name was Gaigyos (Gargius), and who was an Arian, and he sent with him many soldiers.  And they drove from his throne the Apostolic Saint Abba Athanasius, and Constantine made that infidel, Gargius, Archbishop of the city of Alexandria.  And after [this] there was great strife between the men of the city and the soldiers of the emperor, and the soldiers killed many of the men of the city of Alexandria.  And after Gargius, the infidel, was seated upon the throne of Mark, the evangelist, on which he was not fit to sit, certain men informed him about Saint Abba Theodore, and told him that he had disputed with the Arians, and vanquished them, and put them to shame, and made them to see clearly their infidelity.  And the archbishop commanded [the soldiers] to seize Theodore and torture him; and they did as he had commanded them, but nothing came from him.  After this that infidel, who it is not right to call “archbishop,” commanded them to bind the hands and the feet of this saint, and to tie him to the legs of fiery and unbridled horses which should gallop and drag him about in the open country.  And having done this to him, all the limbs of Theodore were smashed, and his head was cut to pieces, and he delivered up his soul into the hand of the Living God, for whose sake he had become a martyr.  And he received three crowns; the first for the Faith of our Lord Jesus Christ, wherein he became a participator with all the believers; the second for his fight in the monastic life, and the good piety which he perfected; and the third for his martyrdom, and the hacking off of his members for the True Faith.  And after this the believers collected the members of the saint, and laid them in a coffin with great honor.  And they celebrated a festival as it might be this day, and they composed an encomium at the time of prayer in the Romayest language, as for all the saints, and they wrote it in the Book of Prayers.  Salutation to Theodore the monk.

And on this day also they commemorate four martyrs of Mareotis, ad forty other martyrs, and Gebre Christos, the monk.

And on this day also became martyrs the four great officers of the city of ‘Ensena, that is to say, Eusaphius, and Taman, and Harwag, and Bacchus; they were the pillars and lawyers of the city, and they gave alms in abundance to the poor and needy.  When Arianus the governor returned a second time to the city, these saints met him, and cried out before him, saying, “We [say] boldly that we are Christians, and believers on our Lord Jesus Christ, the Word of God, the First, on Whom stand the heavens and the earth.”  When Arianus heard [this] he tortured them with divers tortures, and when he was tired of torturing them, he cut off their heads with the sword, and they finished their martyrdom.  Salutation to the four nobles of ‘Esna, who fed themselves with hunger, and watered themselves with thirst.

And on this day also died the holy father Eumenius, the seventh Archbishop of the city of Alexandria.  In the days of this saint the holy woman Sophia, and her three daughters, became martyrs.  And he protected his flock well, and pleased God, and he sat for thirteen years and died in peace.