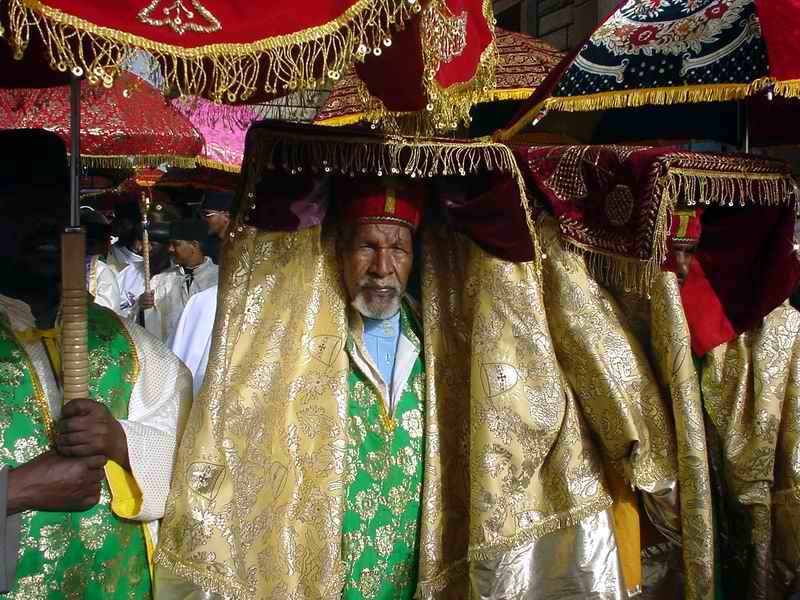 On this day died the holy father Abba Simeon, the fifty-first archbishop of the city of Alexandria.  This father was the son of one of the elders of the city of Alexandria, and his parents were Orthodox Christians.  From his earliest childhood he sucked the milk of the Orthodox Faith, and he learned the doctrine of the Church.  And he determined within himself to assume the monastic garb, and he went out from the city of Alexandria and departed to the desert of Scete, and he became a monk in the monastery of Abba Jacob, who was archbishop before him.  And he dwelt with him many days, and he made his body to be emaciated through the strenuousness of his ascetic exercises, and by his excessive contending.  And when Abba Macarius, the second of the name, was appointed archbishop, he received from Abba Jacob the story of his bold strife, and of the strenuousness of his ascetic practices, and he dwelt with him until Abba Jacob his father died.  And he chose many priests, and the bishops and priests and deacons assembled together, and all the elders, and Divine Love moved them, and they made this holy father Abba Simeon archbishop because they saw the excellences of his natural disposition and character.  When they saw that he had dwelt with the two archbishops who preceded him, they seized him, and they made him archbishop on the throne of Saint Mark, apostle and evangelist.  In administering his see he followed the Divine path, and he was well pleasing unto God, and he protected his people in the keeping of the Law of the Right Faith.  During the days of his rule the Church was quiet and at peace.  And this father fell sick of a grievous disease in his foot, and he entreated God to give him rest from the pain thereof; he only remained in his office for five months and a half, and he died in peace.

And on this day the new Saint George became a martyr.

And on this day also are commemorated Nineveh and its people and its tribes, and Macarius, and Theophilus, and Eumara, and Gregory, bishop of Armenia, and Saint Theodora, the daughter of the Emperor Arcadius, the son of Theodosius the Great.