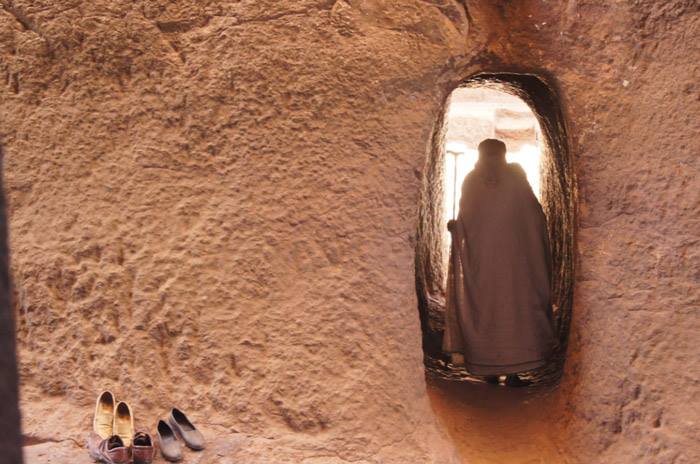 On this day died the holy father Abba  Pawli of the city of Tamaw.  This holy man became a monk and a fighter in his early years, and he dwelt in Debra ‘Ensena [near Asna] in Upper Egypt, and his disciple Ezekiel was with him, and this man became a witness to the excellences of his master, and to his ascetic combats.  This holy man Abba  Pawli contended strenuously because of his love for Christ, and he killed himself seven times.  The first time he hung himself upon a tree head downwards, and he remained hanging there for forty days and forty nights until his blood flowed from his nose, and he yielded up his soul.  And God raised him up from death by His power.  The second time he cast himself into the waves of the sea, thinking that the large fish and the tiger-fish would assuredly devour him.  Now the tiger-fish would not touch him at all, and he remained submerged in the water for many years and he died.  And our Lord Jesus Christ raised him up from the dead a second time.  The third time he cast himself into the sand and died, and our Lord raised him up.  The fourth time he threw himself down from the top of a high hill and rolled down it, and the side of the hill was covered with stones as sharp as knives, and they pierced his temples and every part of his body, and he died straightway; and Ezekiel his disciple wept over him, and our Lord Jesus Christ came and comforted him.  The fifth time he threw himself from the top of a high tree on to a large stone, which was as sharp as a sword, and he was split up into two pieces and died; and the Lord raised him up.  The sixth time he tied his head to his feet and he remained in this position for forty days and forty nights, and died; and the Lord sent unto him an angel who raised him up and comforted him.  In this manner this holy man tortured himself six times and died six times, and each time he died our Lord raised him up.  The seventh time he stretched out his legs over a deep well, and stood there for forty days and forty nights and died there.  And our Lord Jesus Christ appeared unto him, and raised him up from the dead, and strengthened him, and said unto him, “O my beloved  Pawli, hast thou not toiled enough and killed thyself often enough?”  And  Pawli said unto Him, “Leave me, O my Lord, to toil for Thy holy name’s sake, even as Thou Thyself hast toiled for the race of the children of men.  Thou art God, and the Son of God, and Thou didst die for our sins; as for us we are not worthy that Thou shouldst toil for us”; and our Lord comforted him, and strengthened him, and went up into heaven.  When the holy father Abba Besoy went to Debra ‘Ensena, he met Abba  Pawli. And our Lord Jesus Christ appeared unto Pawli and said unto him, “Thy body shall be with the body of Abba Besoy”; and when Saint Abba  Pawli died, they placed his body with that of Abba Besoy, even as our Lord Jesus Christ had told him.  When they wanted to carry the body of Saint Abba Besoy to Debra Scete, that is to say Debra Abba Mararius, they took the body and laid it in a ship, and left behind the body of Abba Pawli.  And the ship stood still and would not move, but when they took the body of Abba Pawli and laid it with that of Abba Besoy in the ship. straightway the ship moved and brought them to Debra Scete, where the body of Saint  Pawli and the body of Abba Besoy remain until this day in the Church of Abba Besoy.

And on this day also Minas, and Hasina [and Cyprian, and Justina] became martyrs.