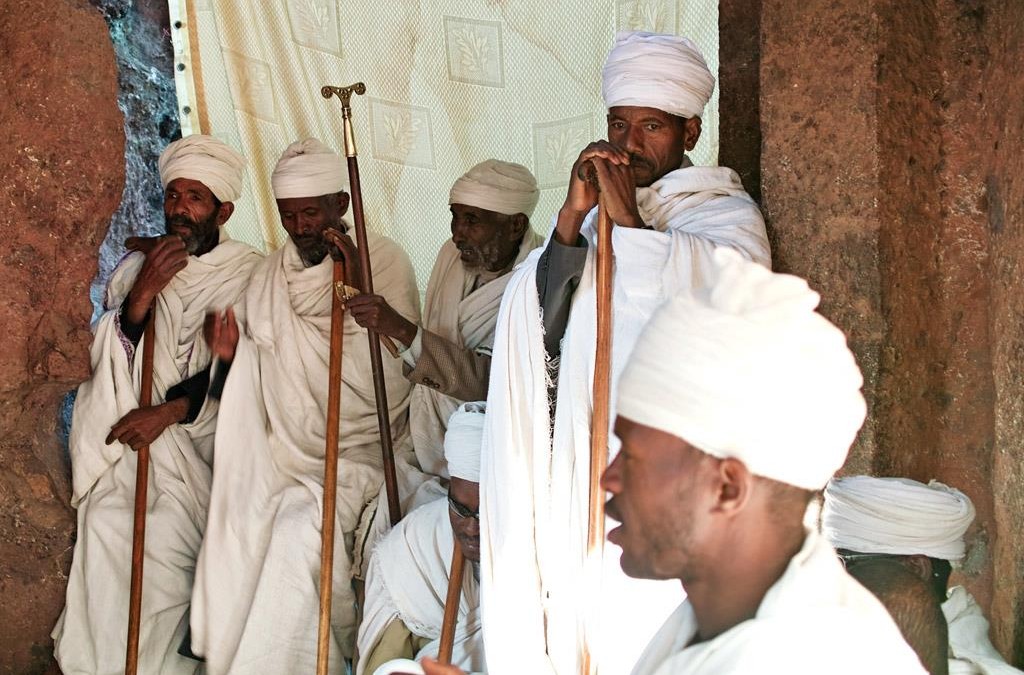 On this day Saint Metra the old man became a martyr, and many others were martyred with him.  This saint was a native of Alexandria, and he was a believing Christian.  When Decius the infidel reigned he established the worship of idols, and afflicted all Christian people, and his Edict came to the city of Alexandria, and he afflicted all the people thereof and poured out their blood.  And Saint Metra was accused of being a Christian before the governor, and the governor had Saint Metra brought before him, and he held the matter to be serious.  And Saint Metra confessed our Lord Jesus Christ, and proclaimed that He was God.  And the governor said unto him, “Worship the gods and the idols, and I will give thee much money”; and Saint Metra did not trust his promise greatly, and he said unto him, “May thy promise and thy money go with thee to Sheol!”  And the governor was wroth with him, and he said unto him, “I will punish thee with great severity”; but the saint was not afraid of his tortures, and he did not turn from his good counsel.  On the contrary he said unto him, “I worship my Lord Jesus Christ, the Creator of the heavens and the earth, and how could it be right for me to forsake Him and to worship idols which are made of stones and woods?  They see not, and smell not, and walk not.”  And the governor was wroth with him, and he commanded his soldiers to beat him very severely.  Then he hung him up by his arms, and the soldiers slit his face and his temples with dry reeds, but our Lord Jesus Christ healed his wounds, and raised him up whole and unharmed.  When the governor was tired of torturing him he commanded his soldiers to cut off his head, and they cut off his head with a sword outside the city, and he received the crown of martyrdom in the kingdom of heaven; and many people suffered martyrdom at the same time. Salutation to Metra.

And on this day Saint Bacchus and Saint Pelagia became martyrs.

And on this day also is commemorated Abba Hor the martyr.

And on this day also are commemorated Abba Bula, and Susannah, and her children the martyrs in the city of Semwah, and Saint Agathon the anchorite.  Salutation to the brothers of Susannah, and to Hor, and to Agathon.