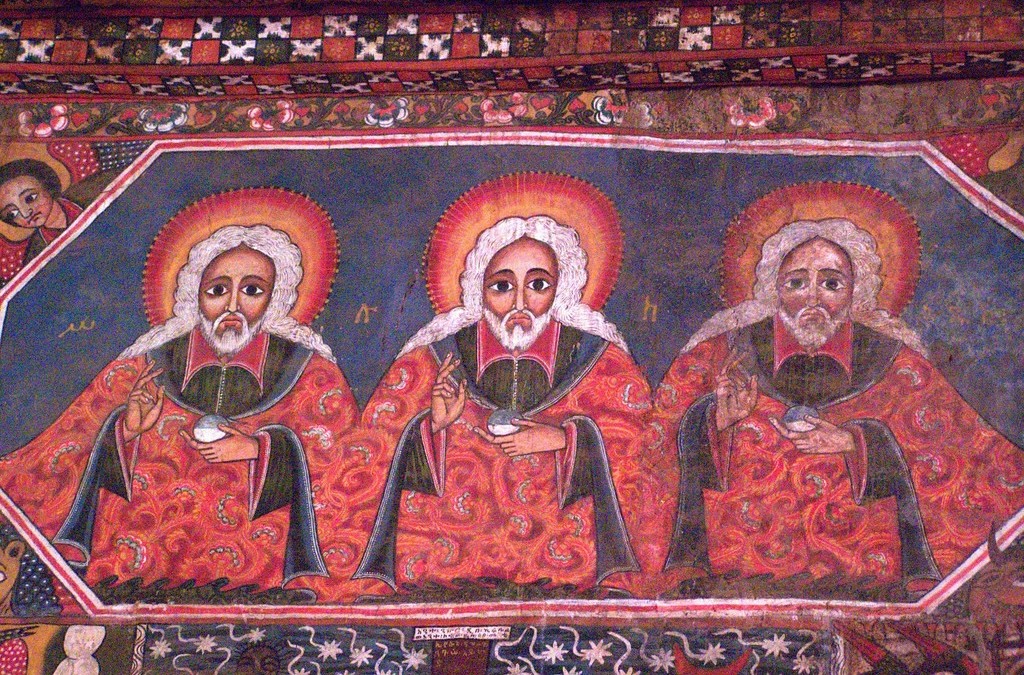 And on this day also died Romanus the martyr in the days of Asclepianus, the governor who persecuted the Christians.  This Romanus had been a monk from his earliest years, and he devoted himself strenuously to fasting and prayer.  When he heard that the governor was persecuting the Christians, he came into the church, and he gathered together the priests and the deacons, and admonished them in the Faith of Christ, and strengthened them with his own confidence.  When Asclepianus heard this he commanded that Romanus should be summoned, and when Romanus stood before him, he said unto him, “Is it true that thou art the son of Feyum?”  Romanus said unto him, “What doth glory of kin profit me?  My glory is Jesus Christ.”  When Asclepianus heard this he commanded his soldiers to hang him up and to scrape his limbs piecemeal [and they did so], and when the governor saw his patient endurance, he commanded them to slit his cheeks so that he might not be able to talk.  And Romanus said, “Behold, my God hath uncovered my mouth so that I may admonish thy madness.  If thou wouldst know the truth of the matter, command thy servants to bring hither a child, and he will tell us whether it is right for us to worship God or the gods.”  And the governor commanded them to bring a little child, and he said unto him, “Tell me is it right for us to worship God or the gods.”  And the child said, “It is right for us to worship God Who created all the world with one word”; and having heard him the governor commanded them to hang up the child.  When they had hung up the child his mother came to look at him, and the child said unto his mother, “Give me water, for I am thirsty.”  And his mother said unto him, “Nay, O my son, thou must not drink water [here], but go to the water of life.”  When the governor heard her words he commanded them to cut off the head of the child; [and they did so], and his mother came and took away his body.  And the governor commanded them to cut out the tongue of Romanus at its roots so that he might not be able to argue with him. And Romanus having received by the grace of God a tongue of the Spirit, he wrote with his blood, saying, “Blessed are those who do not deny our Lord, for the Son will confess them before His Father.”  When Asclepianus heard this he imagined that the tongue of Romanus had not been cut out, and he called to the prefect, and said unto him, “Why didst thou not cut out his tongue at its roots?”  And the soldier said, “Command them to bring the soldiers and I will cut out his tongue before thee, and thou shalt say if he speaketh.”  And straightway they brought the soldiers and they cut out his tongue, and he died forthwith.  When the governor saw him he commanded the soldiers to bring him into the prison house, and there they hanged (or strangled) him; thus he finished his martyrdom.  Salutation to Romanus the martyr.

And on this day also are commemorated John the martyr, and ‘Adrani, and ‘Artematewos, and Hephaestus, and Luderius, and ‘Asmanit, and his seven children.