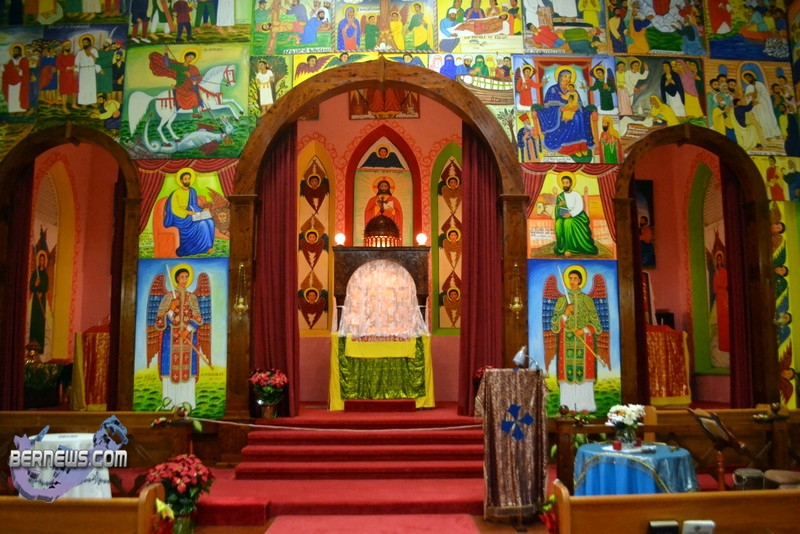 And on this day also Hellanicus, the bishop [of Weshim], became a martyr. When the Emperor Diocletian, the infidel, heard the report that Saint Hellanicus was teaching the people to reject his gods, he sent envoys to seize him, and to torture him severely. And when the blessed Hellanicus heard of the arrival of the envoys of the emperor, he gathered together the people who were in his city Weshim, and he consecrated the Offering, and administered unto them the Holy Mysteries, the Body and Blood of Christ, and then he said unto them, “After this time ye will never again see my face.” And they all wept with a bitter weeping, and they were unable to hold him back against his will. Then he went out and delivered himself up to the envoys of the emperor, and they took him and gave him to the governor of Antinoe to torture. And the governor tortured him severely, and God gave him strength and enabled him to endure the torture; and then the governor took him with him to the city of Edku and there also he tortured him severely. And when he was tired of torturing him he commanded the soldiers to cut off his head with the sword, and to cut through his body to the shoulders; and they cut through his head down to the shoulders; and the governor took him with him to carry him to the city of Tukh. And as they were traveling in the boat, the saint, knowing that his death was near, commanded one of the sailors, who was a believer, saying, “When we arrive at the port (or quay) and I am dead, cast out my body on a hill”; and having said this he died. And they arrived in port, and straightway the sailor took the body of the saint and cast it out on a hill. And immediately certain believers, who had been commanded to do so by the angel of God, came and took his holy body, and swathed it for burial, and hid it among them until the end of the days of persecution. And they built a church, and laid his body therein, and great signs and miracles took place [therein] through it. Salutation to Hellanicus whose shoulders were cut through.

And on this day also died the holy father Theonas, the sixteenth Archbishop of the city of Alexandria. This saint was learned, and wise, and strong in the True Faith, and good in every action of his life; and all men loved him because of his learning and wisdom. And he built in the city of Alexandria the church of our holy Lady the Virgin Mary; [until that time] the Christians and the believers were only able to pray and to receive the Eucharist in cells (or caves) secretly because of their fear of the infidels. And this saint persuaded the people until they let him build beautiful churches, and he converted many of them, and baptized them with Christian baptism. At the end of the [last] year of his office he baptized the blessed Peter, who became archbishop after him; in the fifth year of his office he made him a reader, in the twelfth year of his office he made him a deacon, and in the sixteenth year of his office he made him a priest. In the days of this saint there appeared in the city of Alexandria the infidel Sabelus, who believed and said that Father, Son and Holy Spirit are one Person; and this father anathematized him and brought his evil faith to naught. And in his days Cosmas, and Damianus, and their mother suffered martyrdom. And this father finished a good life, and pleased God, and having sat for eight and twenty years he died in peace. Salutation to Theonas, who baptized Peter.

And on this day was consecrated the church of our holy Lady the Virgin Mary, in the monastery of Abba Sinoda. Salutation to the consecration of thy church, O Mary.

And on this day also nine thousand seven hundred souls became martyrs with Philotheus, and Sabela the daughter of Hercules, the interpreter of dreams.
Glory be to God Who is glorified in His Saints. Amen.