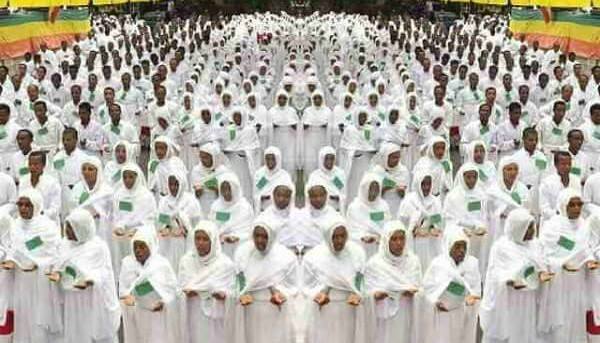 On this day died Saint ‘Abrokoros (Prochorus) the Apostle, whom the Lord chose to be of the number of the Seventy-two Apostles, whom our Lord chose and sent forth to preach, and to whom He gave power to heal the sick and to cast out devils. This saint was with the Apostles in the upper room of Zion, and was filled with the gift of the Holy Spirit Paraclete. And he it was whom the Apostles chose to be among the number of the Seven Deacons concerning whom the Book of the Acts of the Apostles testifieth that they were filled with the Holy Spirit and wisdom. And he was the disciple of Saint John the evangelist, the apostle who proclaimed the Godhead, and he went with him to many cities, and Saint John laid his hand upon him and appointed him Bishop of the city of Nicomedia, of the country of Betania (Bithynia). And he preached the Faith of our Lord Christ therein, and he converted many of the Greeks and those who worshipped idols, and he brought them into the True Faith, and baptized them in the Name of the Father and the Son and the Holy Ghost, and taught them to keep the commandments of the Holy Gospel. And he built a fine church for them in that city, and appointed priests and deacons for them, and then he went out to the cities which were round about that city, and preached in them the preaching of the Holy Gospel and baptized many of the people. And he taught even many Jews, and turned them from their error, and baptized them with Christian baptism; and great tribulation came [upon him] and persecution for the Name of Christ. And having finished his fight he died at a good old age, and he pleased God and inherited the kingdom of heaven and everlasting joy.

And on this day also are commemorated Saint Behnu, the martyr; and the consecration of the church of John, the possessor of the Golden Gospel, in the city of Rome, and the translation of his body thereto. Salutation to John.

And on this day the strife and martyrdom of Abba Noha (Noah) took place, and the manifestation of his miracles. And on this day also are celebrated the consecration of the church of Mar Mehnam, and also ‘Alvanus (Silvanus), and Abba Nabyud (or Nabdeyu) of Sihat (Scete), and Anna Benwah, the martyr.

Salutation to Abba Kaluz, the martyr, of the city of Fant.

Salutation to Abba Nabyud.
Glory be to God Who is glorified in His Saints. Amen.