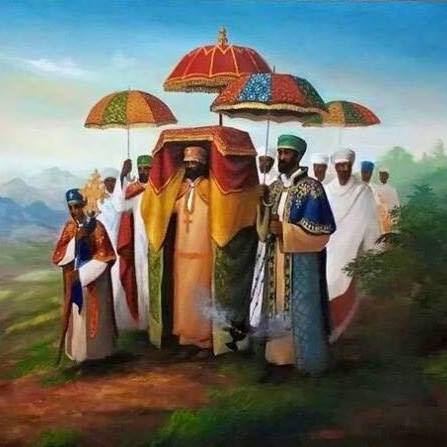 On this day Saint Timothy the Apostle became a martyr. This saint was born and brought up in the city of Lystra; his father was a Greek and worshipped the stars, and his mother was a Jewess, under the shadow of the Law of Moses. When Paul the Apostle preached in the city of Lystra, this saint Timothy heard his preaching, and his teaching, and he saw the signs and miracles which God wrought by his (i.e. Paul’s) hands (now the learned men and philosophers among the people of Lystra were amazed at these wonders, and were unable to do any one of them); he came to Paul the Apostle and believed on our Lord Jesus Christ, and was baptized in the Name of the Holy Trinity. And he rejected the gods of his father, and abandoned the observance of the Law of his mother also, and he became a disciple of Paul the Apostle; and he followed him into many cities, and labored with him. And the Apostle Paul made Timothy Bishop of the city of Ephesus, and having entered therein he preached to the men thereof in the Name of our Lord Jesus Christ, and he converted very many of them to the True Faith, and baptized them with Christian baptism. And he preached in many cities, both in those, which were round about Ephesus, and those, which were far off. The Apostle Paul wrote two Epistles to him, teaching and exhorting him to teach the people continually, [so that] they might received the way whereby he became bishop, and priest, and deacon, and. . . .And he said unto him, “Beware of lying prophets,” and he commanded him not to lay his hand upon any person unworthy of the office of the priesthood, or before he had tried him. And he called him “son,” and his “beloved Timothy,” and he sent four epistles by his hand. And observing and protecting the flock of Christ over which he had been appointed, he illumined their hearts by his frequent teachings, and admonitions, and discourses. And he rebuked and cursed the Jews and the Greeks, who were all jealous of him, and they gathered together against him in the city of Ephesus and killed him. And some of the believers among the Ephesians buried his body as it might be on this day. And when the Emperor Constantine reigned he determined to translate the body of the saint from the city of Ephesus, and he brought it to the city of Constantinople, on the twenty-third day of the month of Ter; and they celebrated a great festival in his honor on that day.

Salutation to Paul (sic) who was appointed deputy by the Epistle of Paul, of the country of Rome.

And on this day are commemorated Athanasius, and Kerlos (Cyril), and Theodosius, the righteous emperor. Salutation to Theodosius.
Glory be to God Who is glorified in His Saints. Amen.