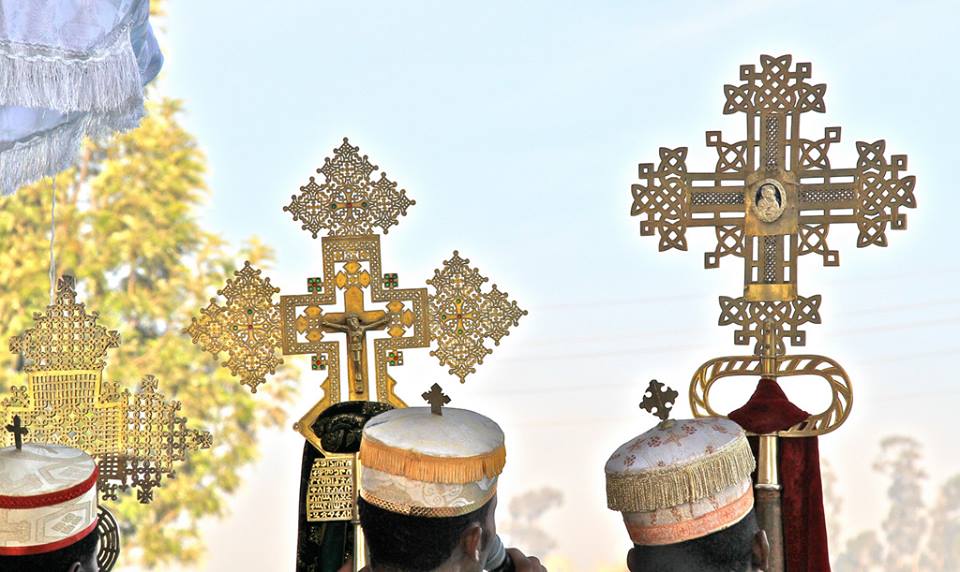 On this day died the holy father, Abba Akrepinu (Akrepos), the tenth Archbishop of the city of Alexandria. This father was a God-fearing man, and he was holy and pure; and he was a priest in the city of Alexandria. And when father Claudian, the archbishop who preceded him, died, the people of the city of Alexandria chose this father and made him archbishop. And having been set over the Church of God on the throne of Mark the evangelist, he followed a good course of life like the Apostles, and he preached and taught the Christian Faith, and the life-giving Law, and he watched the people with his eyes, and shepherded his flock and helped them. He took no trouble to become possessed of one silver dirham, or one dinar, and he only ate because he was hungry, and he dressed only to protect his body against cold and heat. And he read the Scriptures frequently to his people, and he taught them, both great and small, and he kept vigil and prayed for them all; and he continued this strife for twelve years and he pleased God and died in peace. Salutation to ‘Akrepinu (‘Akrepos), who succeeded Claudian.

And on this day also died the holy father Abba Besoy, who was called “Peter.” This holy man came from Upper Egypt, from the city of ‘Akhim (Akhmim). In the days of his early manhood he used to do works of abomination, and to eat and drink luxuriously. When God chose him He brought upon him a severe illness, and he well-nigh died and delivered up his spirit, and He showed him the places of punishment, and the great deep pits of hell, and he saw men clothed in shining apparel, and in their hands they had the body of a man which they tore into four pieces. And they said unto Besoy, “Thus will they do unto every man who stealeth the possessions of men.” When he heard this word he was sorrowful in his heart, and he wept a bitter weeping, and his soul returned to his body, and he lifted up his eyes to heaven and said, “O my Lord and God, if Thou wilt heal me of this sickness, I will repent of this my sin, and I will worship Thee with all my heart, and from this time forward I will never look at a woman again.” And straightway God healed him of his sickness, and he rose up and went to Dabra Banwayet, and the monks counseled him, and they arrayed him in the garb of the monk. And he fought a great fight with fasting, and prayer, and vigils for many years, until his fame was heard of throughout Egypt; and he excelled among many saints, and he composed many Homilies and Admonitions, and Teachings for the monks and for the laity. And he fasted a month at a time, and neither ate bread nor drank water; and continued to fight the fight in this manner for a period of five and thirty years. And he used to stand up all night in prayer. And the works of men were manifest before him, whether righteous or sinners; and after this he became a little sick and he died in peace. Salutation to Besoy who was called Peter.

And on this day died the holy father Nob, the owner of the fan (?) of gold. Salutation to Nob with his fan (?) of gold, the driver away of wild beasts.

And on this day also died Abba Eblo, who was like unto an angel of God. And behold we have written his history in the section for the twenty-fifth day of the month of Tekemt. Salutation to Abba ‘Eblo.

And on this day also took place the translation of the bodies of the forty-nine elders (monks) who became martyrs in the desert of Scete, in the monastery of Abba Macarius.

Salutation to the translation of the holy bones to the cave, which was built for them under the care of Benyami.

And on this day also died Saint ‘Abulidis, Archbishop of the city of Rome. And behold his history is written in the section for the sixth day of this (sic) month. Salutation to ‘Abulidis.

And on this day also took place the deaths of Banwa, and Bula, and ‘Amoni and ‘Esia, the father and mother of Abba ‘Ebelo.
Glory be to God Who is glorified in His Saints. Amen.