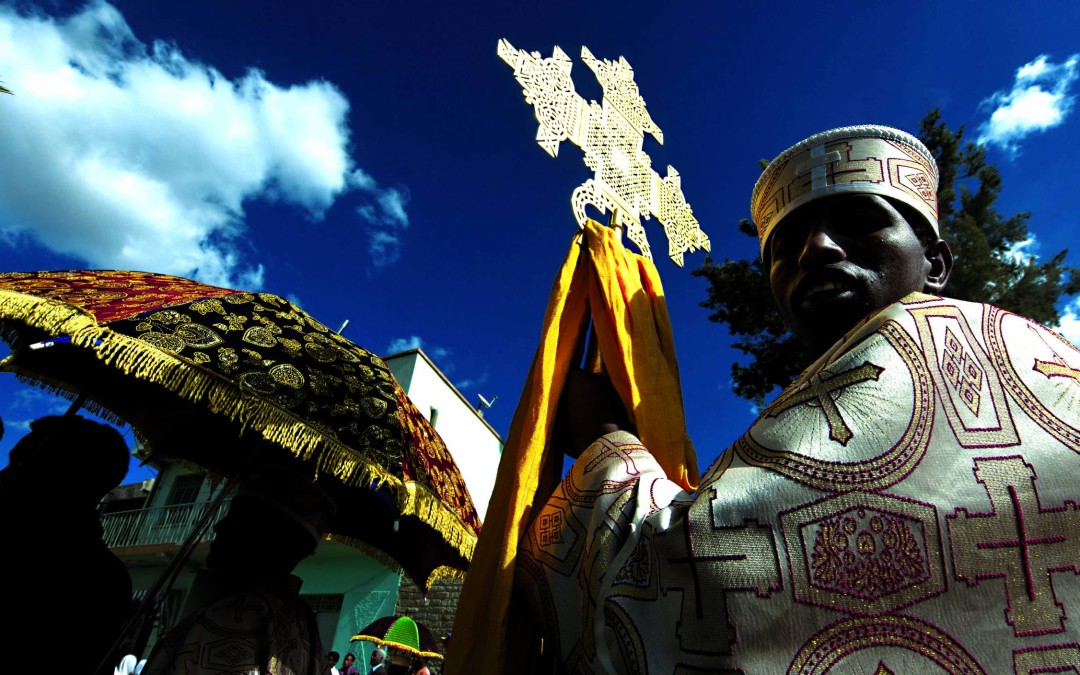 On this day died the holy father Abba Severus, Archbishop of the city of Antioch, and teacher of the men of the True Faith. The kinsfolk of this saint came from the city of Rome, and his grandfather was a bishop, whose name was Severus, and he came with the fathers, the Two Hundred Bishops who gathered together in the city of Ephesus. And he saw a vision in which, as it were, one said unto him, “The son who shall be born among thy offspring shall establish the True Faith, and they shall call his name ‘Severus,’ like thine own.” And when that bishop died, his son begat this saint and called his name Severus. And he studied all the philosophy, which was outside (i.e. profane learning), and after this he learned the philosophy of the Law of the Church. And as he was going forth from his city, [he visited] a certain righteous man who lived shut up in a cell outside the city. And this man rejoiced in him, and said unto him, “Fair is thy coming (i.e. welcome), O Abba Severus, thou teacher of those of the True Faith, Archbishop of the city of Antioch”; and Severus marveled when the man called him by his name, for he had no knowledge of him whatsoever, [and he knew not how he could tell] what would happen to him before it came to pass. And then this saint grew up, and performed works of ascetic excellence, and the fame of him and his good renown were noised abroad, And he became a monk in the monastery of Saint Romanus, and he fought a great fight, and devoted himself wholly to the performance of works of righteousness. And the fame of him was noised abroad, even as the Holy Gospel saith, “’The city which is built upon a hill cannot be hid” (Matthew v, 14). And when the Archbishop of the city of Antioch died, the bishops and doctors agreed to make this Abba Severus Archbishop of Antioch; and they seized him against his will and made him archbishop. During his office the Church flourished in all the ends of the world, for his words reached the heretics in every city, and his voice cut through their roots like a sharp two-edged sword.

Now he only remained in his office for a few days, for the emperor died, and there reigned in his stead another emperor, who was an infidel, and who believed in the Council or Chalcedon, and whose name was Justinian; now the queen, whose name was Theodora, belonged to the True Faith. And the emperor was afraid of this saint, for [he refused] to enter the unclean faith [of Chalcedon], and he would not obey him. And then the emperor was exceedingly wroth with him, and he imagined that the saint was afraid of him, and would submit to him; but the saint would not hearken to his command, and he was not afraid of his wrath. And the emperor wished to kill him secretly, but the righteous Queen Theodora, knowing this, warned the saint to flee from the face of the emperor, and he went forth secretly. Now God did not want this saint to die at that time, and He preserved him for the benefit of many. And he used to go about in the cities and monasteries in the garb of the monk, and strengthen the believers. And he dwelt in the city of Soka, with a certain rich man, a Christian, whose name was Dorotheus. And he worked many signs and great wonders, and he was always teaching the believers and strengthening them in the True Faith. And at length he died in the city of Soka (sic), and his body was translated afterwards to Dabra Zegag.

And on this day also died the holy father Abba Jacob, the fiftieth Archbishop of the city of Alexandria. This saint was appointed archbishop in the sixteenth (or, seventeenth) year of the reign of the King of Egypt, whose name was Al-Muizz in God, which is being interpreted, “he who is obedient to God,” the brother of the governor, the son of Haron Rashid (Harun Ar-Rashid). And in the days of this father the monasteries of the desert of Scete were restored, and the monks returned to them. And in his days there was a certain man whose name was Macarius, of the city of Neroh, and he came to this father Abba Jacob, the Archbishop, and besought him to visit his house, and to bless [him] in it, and he went with him. And the man had a son at that time who had been sick, and had died, and he took him and brought him to Abba Jacob, the Archbishop, and he asked him, saying, “Have compassion upon me, O my father, for this is my only son and he is dead; I beseech thee to pray to God on my behalf.” And Abba Jacob said unto him, “Fear not, according to thy faith so shall it be unto thee.” And he took the child from him, and embraced him in his bosom, and he prayed over him, and made the sign of the Cross over him, and prayed to God on his behalf. And God received his prayer, and the soul of the boy went back unto him, and he opened his eyes and rose up from the dead. And the saint gave him to his father and said unto him, “Take thy son. He was not dead, but sleeping”; and when his father saw this miracle great fear came upon him. And he gave away one-half of his possessions in charity, and he sent orders and had a church built in the city of Jerusalem, so that it might be an asylum for those of the True Faith who arrived there. And Dionysius, Archbishop of the city of Antioch, came to Mesr (Cairo), and visited the father Archbishop Abba Jacob, and he dwelt with him for a few days and [then] returned to his own country. And this father sat upon his archiepiscopal throne for ten years and eight months, and four days, and he died in peace.

And on this day also are commemorated Darius, and Paul, and Akudures, and Sedna.

And on this day also died the holy father Abba Cyril, the seventy-fifth Archbishop of the city of Alexandria. This father was of the men of the Fayyum, and he was appointed a priest there. Later he departed from that place and came to the monastery of Saint Victor the martyr, which is outside the city, by the will of the Ethiopians, and dwelt therein for many years, fighting a great fight there. And the fame of his learning and holiness became noised abroad, and the people seized him against his will and made him Archbishop of Alexandria; and he protected his flock with a good protection, and drew up a Canon for the use of priests when they ministered in the church at the times of prayer and consecrations. And he remained in his office for seven years, two months, and six and twenty days; and he died in peace.

[According to the Bodleian MS, he was surnamed “the son of Lakuelakue.”]