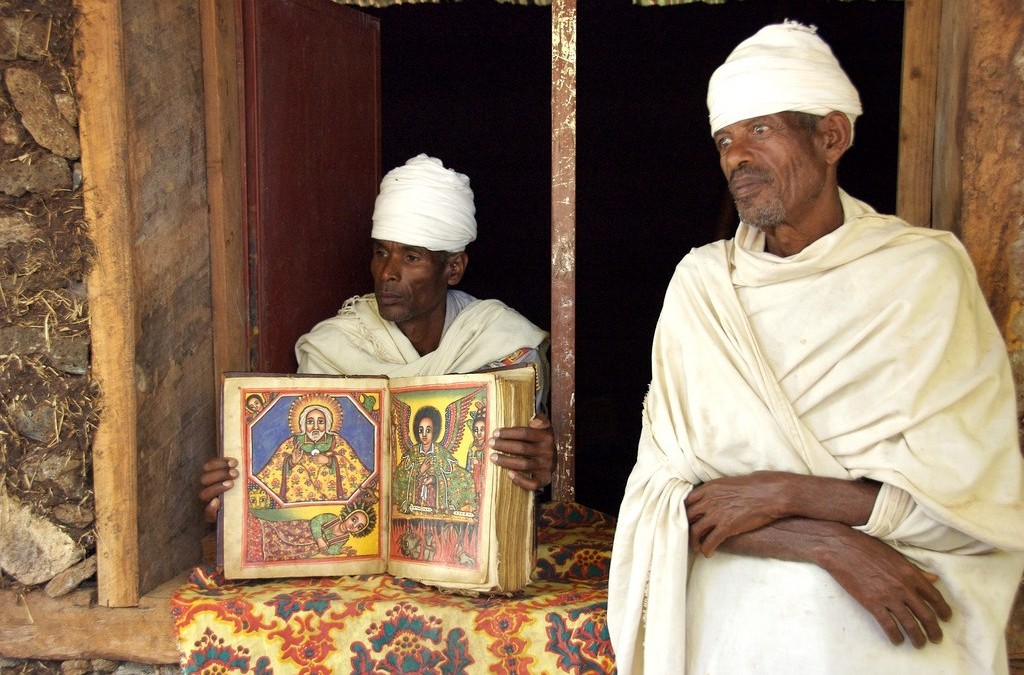 On this day Saint Bolikarbos became a martyr. This saint was Bishop of the city of ‘Armoni (Smyrna) and he sat upon his Episcopal throne for many days, until he became a very old man; and he composed many Admonitions and Homilies on the festival of the Holy Birth, and on Death, and on Hell, and on the Judgment which was to come upon sinners, and on our holyLady the Virgin Mary, and on the operation of the wisdom of our Redeemer, and on the holy festivals; and he brought to God many souls by his life-giving teachings. And days of tribulation and persecution having come upon Christian people, he longed to shed his holy blood for the Name of our Lord Jesus Christ, and he commanded his people and taught them to be strong in the True and Holy Faith. And he spoke unto them, and told them that after this they would never see his face again, because he longed to shed his holy blood; and they all wept and sorrowed because of their separation from him. And they said unto him, “We will not let thee go, O our father, and leave us orphans; we will give our souls for thee.” And when they were unable to hold him back, they let him go, and he went out from them, and departed to the governor, and he stood up before him and confessed the Name of our Lord Jesus Christ; and the governor tortured him greatly. And the people said unto the saint, “Spare thyself. Thou art a very old man.” And the people begged and entreated him to go out of the city, and to please their hearts he said unto them, “I will go out secretly.” That night he saw a vision, and it seemed that a man said unto him, “Why has thou forgotten thy good resolution to become a martyr, and hast turned back?” And he appeared before the governor, who commanded the soldiers to cut off his head, and they cut off his head with the sword, and he received the crown of martyrdom in the kingdom of the heavens. And certain believing men took his body, and prepared it for burial in the manner befitting a bishop, and they laid him in a tomb.

Salutation to thee, O Bolikarbos.
Salutation to Thy Birth, O Jesus Christ.
Glory be to God Who is glorified in His Saints. Amen.